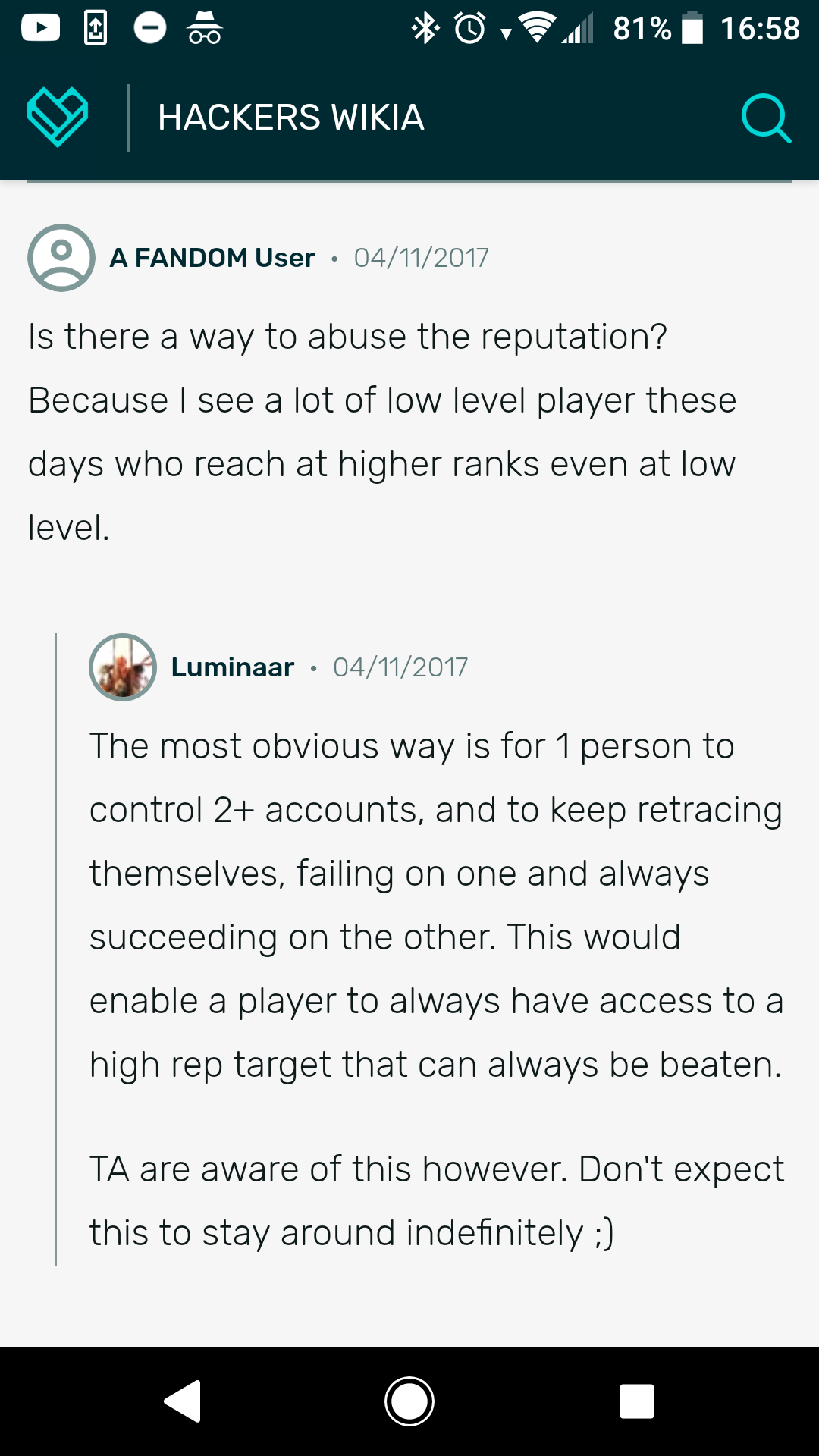 Smurfs. They're the root of most issues in the game.

Since today marks 2 years since that comment and reply were made on the wikia page, I wanted to bring attention to it again to ask if there will ever be fixes implemented for the exploits , like the level capping minmaxer smurfs were nerfed with the change made to the search engine. If not, why not ban the cheaters? Makes no sense that the guy using the node links exploit gets banned but the other worse cheaters don't.

Smurfing would be harmless if it didn't give you the ability to exploit the hell out of the game. A player with 2 accounts (or more) linked to each other via retraces has an unfair advantage over other players. It's worse than the minmaxers cuz you can't just learn about distributing your XP efficiently and compete, you actually have to link up to another account and you become literally unhackable for 3 hours every time you reset your online shield. There's only a 1 second time window when you're vulnerable while resetting the shield so there's little that can be done to compete against such an exploit, except of course, fight fire with fire and do the same.

The top of the leaderboards represents nothing more than the most active players and cheaters in the game. Change that, please.
First hacker to reach 4k rep.

Re: The Worst Game-Breaking Exploit

The shield is not 100% invisibility (the system is more complex than that), the higher you are, the weaker the shield is because there are not that many players.

Anyway, I see not giving player shield while being retraced as a possible solution. But it would have obvious consequences of not getting a shield after being retraced.
Top
Post Reply
2 posts • Page 1 of 1