Real reason I "took a break" from Hackers?
Well, it wasn't easy, let me tell you that - I've successfully penetrated the database and downloaded all I could. After loading it all into an emulated version of the game, I was able to see everything >:)

GAME MODES
• Battle Royale
Certain games with this game mode are doing great, so we just borrowed a few ideas. Gotta keep up with the times!

• Clan Wars
The most suggested feature and yet the one we least wanted to implement, because we had already made a perfect game. How does that saying go? Don’t fix what’s broken? Anyway, we finally came to our senses and decided to make it a reality!

• Storyline Discontinued
Some complained the story was too vague and lacked originality. Others reported they didn’t even read the story and only wanted the loot. Because of this, along with the endless amounts of complaints received saying the story missions were unfair because of the lack of restrictions of their designs made them too difficult to beat, made us realize we’re not great at this, so we’re removing all story elements completely from hackers and moving forward without a story in this update. New and improved tutorials will replace original ones and are being implemented as repayable missions built under all the same restrictions as any other player for more realistic training. 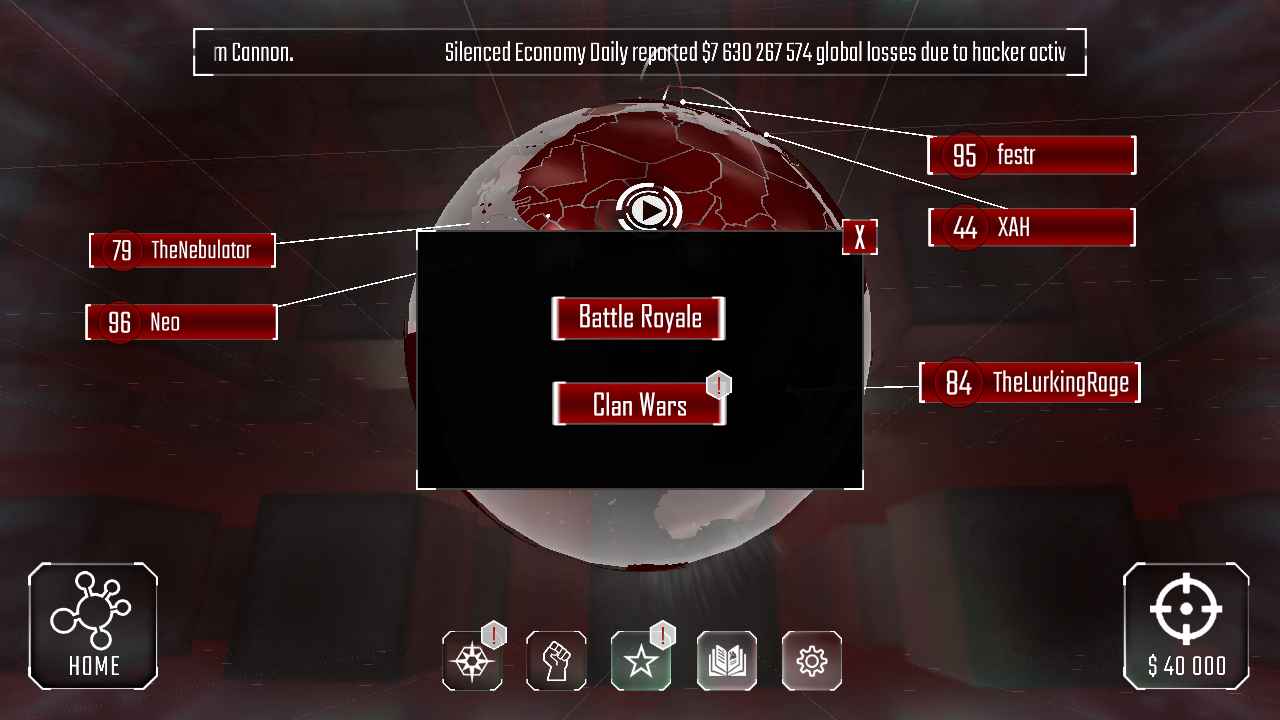 GAMEPLAY
• Higher Program Levels Available
Due to some complaints about endgame networks being too hard to hack, we’ve decided to balance things out by adding 4 extra program levels (yes - up to level 25!). For example, a maxed out Battering Ram can now one shot a Code Gate 21. Less stalling and more action! Same goes with level 25 Blaster against 3 golden Gardens.

These files are linked with level 25 of the programs and the Elite rank. Make of it what you will. 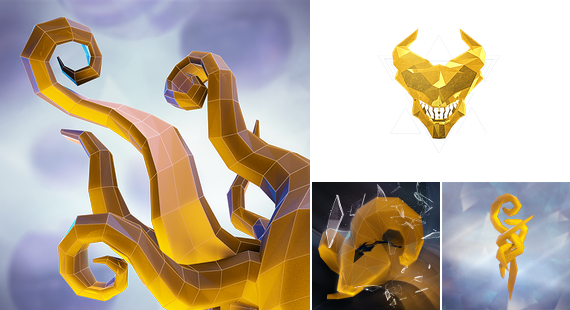 • Stealth Buffed
No one asked for it, in fact some complained it was too OP in early levels, but they don’t know what they’re talking about. We personally believe stealth is perfect as is, however due to the shocker and wrath combination thingymajig change we made, there needed to be a buff to stealth so it remains functional. As a result, Stealth bar duration got doubled and Portals can now be installed on Code Gates without the need to be disabled by the purple program (forgot its name). Portal will remain unaffected by Code Gate filters.

• Shocker and Wraith Programs Eliminated; New Program Takes Their Place
Almost no one knew how to use them properly, yet many complained they were too overpowered. We listened, and decided it was for the best to make it better for everyone by removing them and fixing everyone’s problems. The new Lambo AF/Lamborghini AF program increases your Reputation by 1 point for every 5 seconds it is active on the target network. 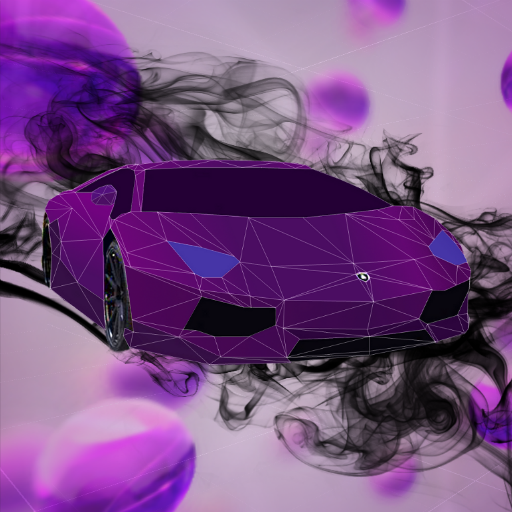 • Maniac Program Removed
Don’t think anyone ever even used this program. We were gonna buff it again, but then decided against it after remembering the Blaster exists. Why have 2 viruses that do the same thing but at different speeds, with different compile times and costs, with the Maniac being worst of the two? Wish we could’ve realized its futility before, sorry. 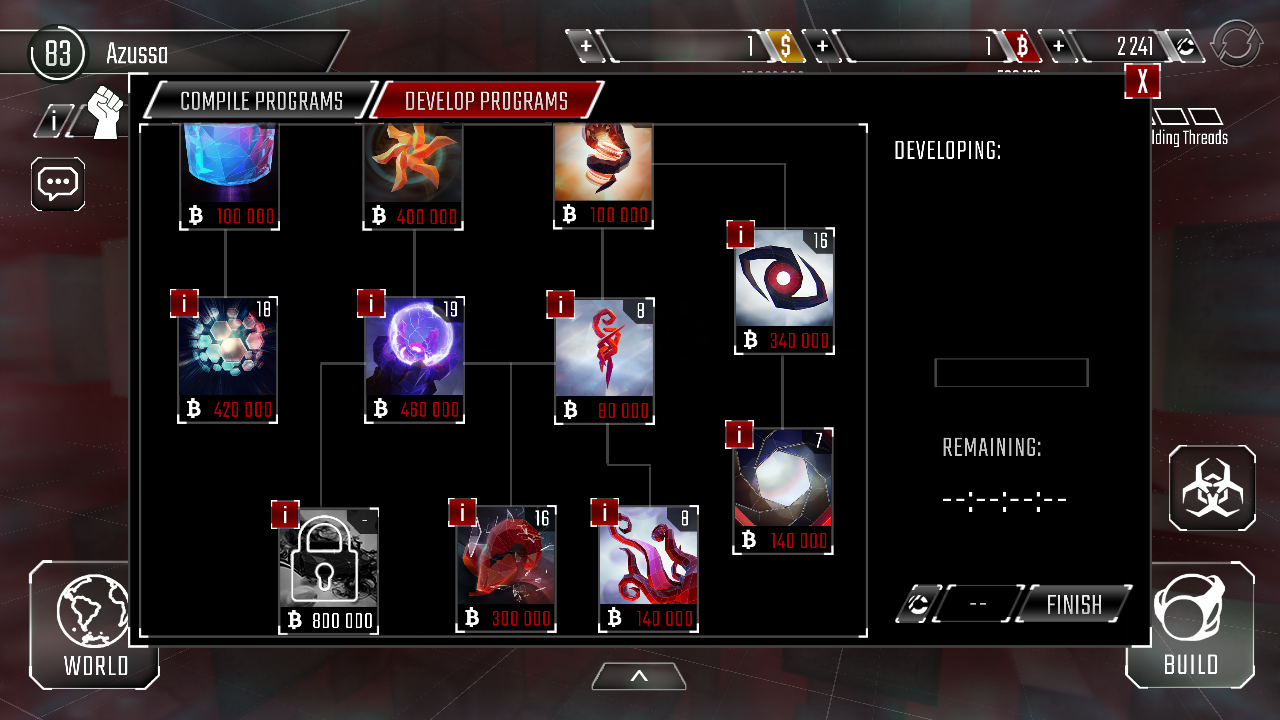 • Worms Nerf’d
Worms have been reverted back to previous mechanics because apparently they were too fast and were considered a cheat by many. They still go all the way to level 25, as does all other programs, so they’re still better than originally were anyway.

• netCONNECTION Now Has 4 Upgrade Levels
You will be required to upgrade a netC to the maximum level to have a reach of 9 nodes distance. Lower level netCONNECTIONS do not carry sufficient bandwidth to allow attackers with programs out of its league to initiate a network attack from it. 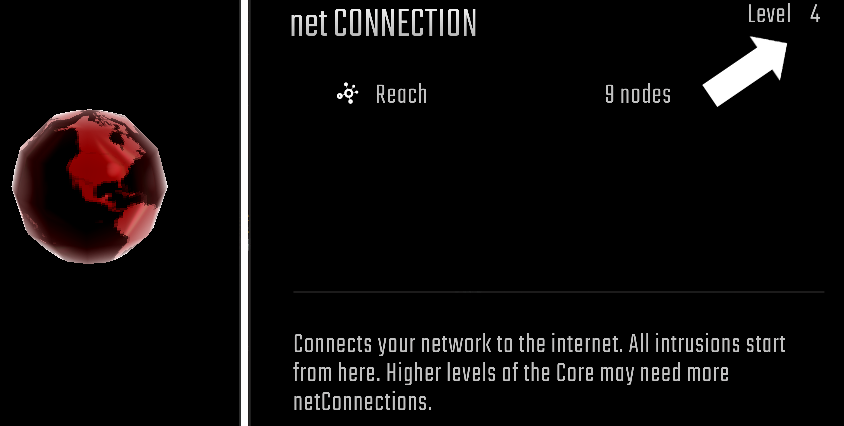 BLACK MARKET
• New skins
Ergo Silver, Ergo Friendly, Ergo Cheeto and ErGold have been added. We received some requests for a skin toned Ergo skin, but you already have that as default, so no need

There are also other skins too, tho they haven’t been named yet. 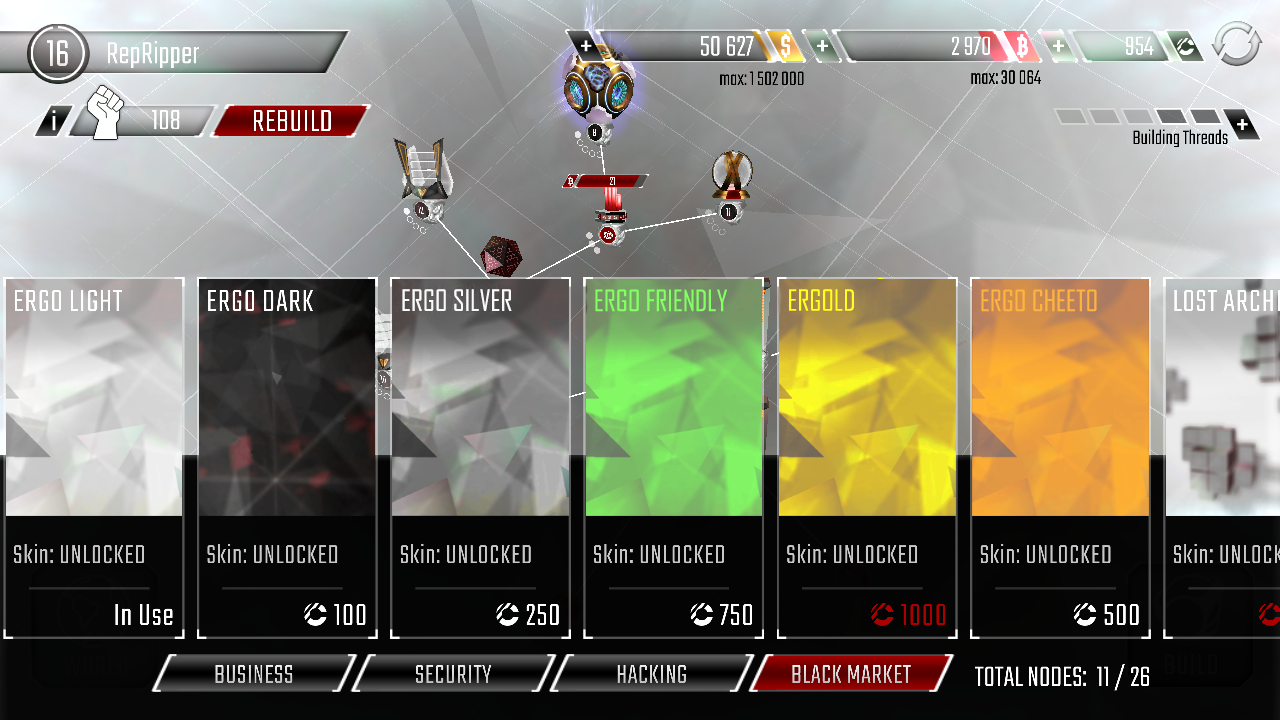 • New Credits Pack
We know you can’t wait to buy some and that you’re most likely going to do so in great quantities, so we have added a credits pack higher than the current most expensive one (What was its name again? Better Not Ask), so you can now enter how many credits you want so you don’t have to make multiple transactions to get 'em all 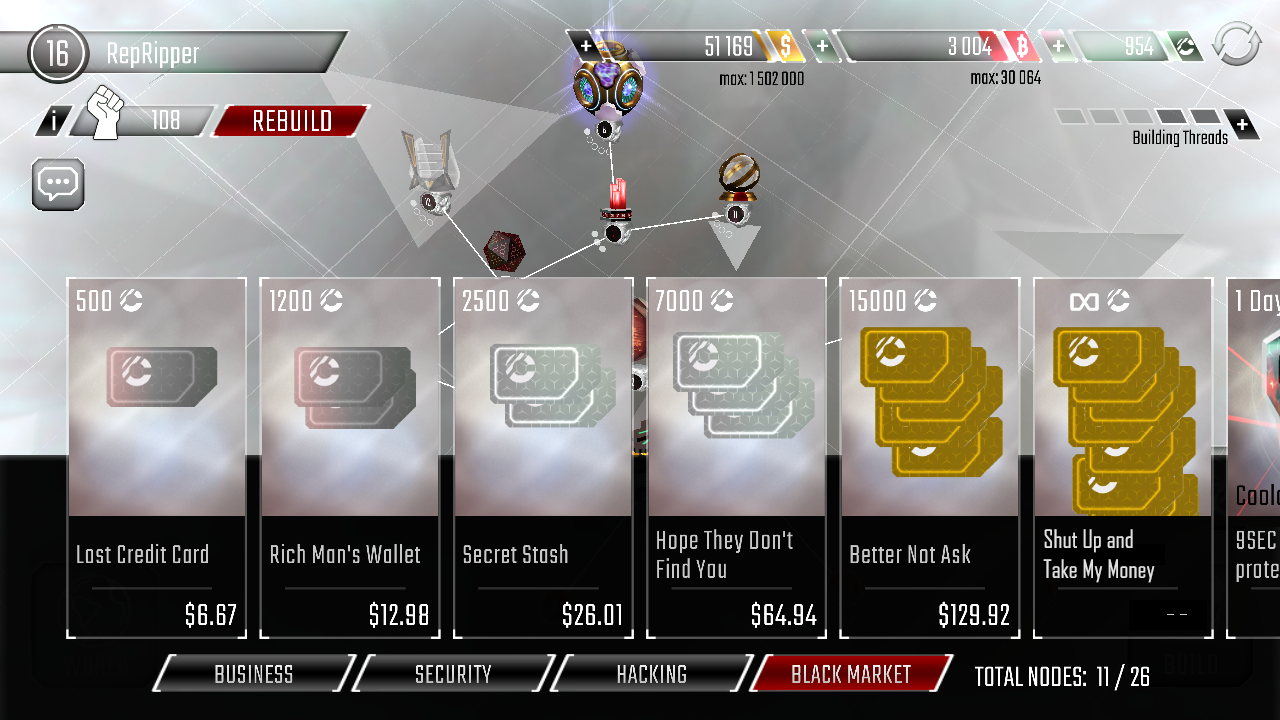 • Purchasable Ranks
We’ve worked hard for a long time to bring you this update and everyone with Elite rank or above will gain access to an in-game option to purchase an early access pass for $99.95, but don’t worry - we thought about everyone and know not everyone has time to dedicate themselves to grind for the rank, so we’re happy to provide you with other options

You can now purchase your rank via the Black Market with credits, so you can then skip the grind and just give us your money! You’re welcome 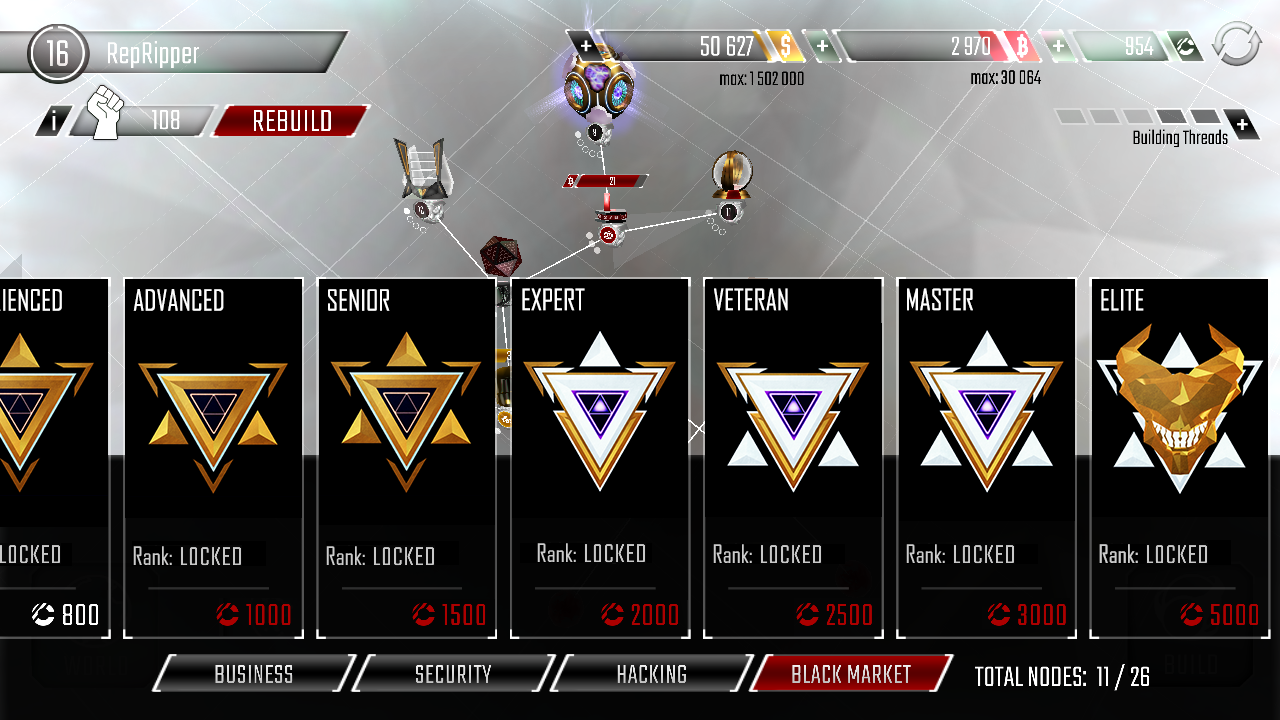 OTHER
• Chat Feature Removed
Aside from spammers and peiple who din’t habla Inglesh, the only players who used the global chat were already on social platforms groups dedicated to Hackers such as discord or whatsapp, so getting rid of it won’t affect anyone. A lot of them wanted a PM feature, but that's what ReadMe's are for...

• Golden Credit Cards Spawn Rate Generously Increased
There’s a rumour going around that says you can increase the spawn rate up to once a day, tho there’s no details regarding how to do it. With this new content-packet update, you’re going to need them. You’re welcome 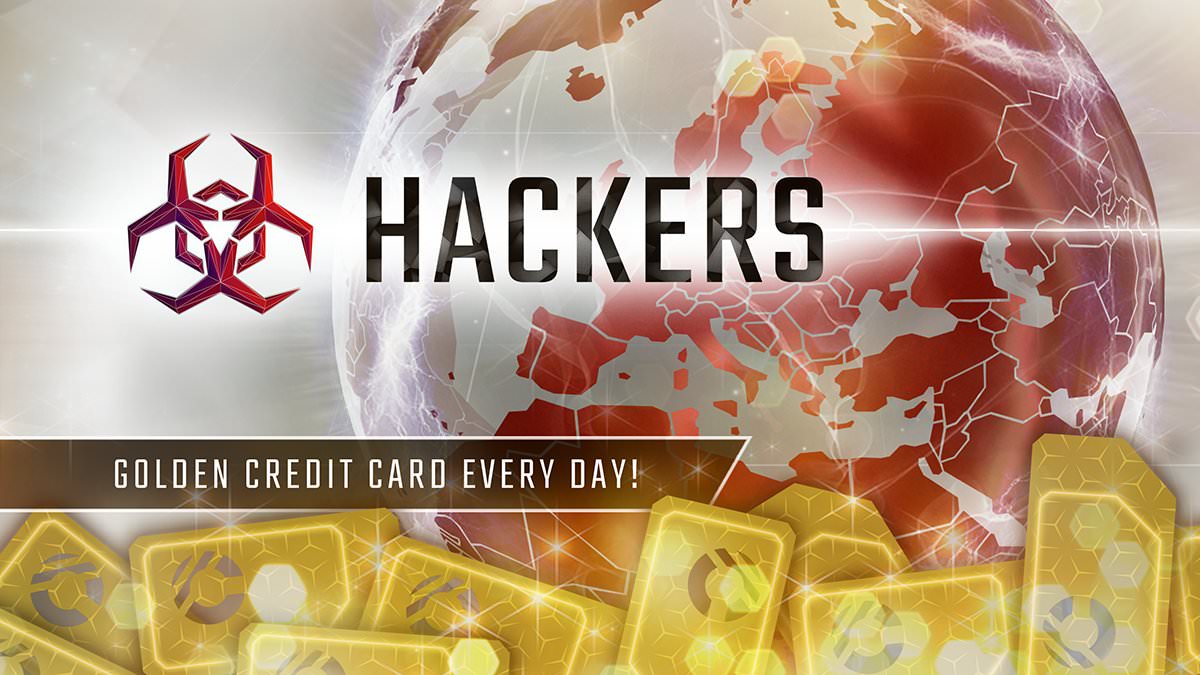 NOT AN IMPORTANT NOTICE
(Update is still in development. There’s a slight risk any in-game transactions may go through and next time the app is launched, seemingly nothing in the game will appear to have changed. This is a low priority bug we’re not sure if we’ll get around fixing any time soon, so you may want to try to purchase the early access pass/card, or whatever it is you spent your money on again on another account and maybe it’ll work then. Also, no refunds. Don’t @ us if you fall victim to this bug, unless it’s your 3rd time trying to get it - then we might allow you access for free if you promise not to tell anyone.)

I doubt I'll be able to keep this post up for long, as I'm sure they'll do everything in their power to gain control over their forums back.

Thanks for sharing lurk urk
Top

But where are the RNG loot crates?

Hope its not an April fools joke lol . But if its really true , then im afraid its not a step in the right direction . This game needs stronger nodes not programs , which are just fine as they are now .
Top

Finally an update.....buh i think d game need a buff in nodes not programs cause currently programs are OP.....i personality can hack someone that is 20+ level ahead of me and a pro for dat matter and 3 cap easily. I think nodes should be taken to level level 25 while nodes remain 21 cause most people don't even max their program set and still do well,even with update won't still get lvl 25 programs cause it's a waste of XP

Was this a meme for April fools or a real leak...
Come find me IG and hack me i love a challenge for defending my network