Just uh... just in case ya'll start wondering if or why I quit, I haven't - are you crazy?! Here's what's up:
My right hand got caught in between the connection of a hose at work and nearly ripped my hand apart D: (<= hyperbole)
It was extremely painful as I struggled alone to set my hand free with my left hand, then I quickly realized it was futile and it was getting worse by the second until I asked for help. Thankfully I still got all skin on my hand, just limited motion due to lots of pain when I move it. Got internal damage to the palm like deep cuts under the skin and it feels like an elephant stepped on my hand. It's nothing alarmingly serious, just mostly painful, but It'll take some time to heal. I've gone through much worse before and I should be back to gaming soon, hopefully... I want it to heal quickly cuz even tho it's not a deadly injury, it still hurts and I still have to work (cuz I can't stand the thought of missing out on $300 a day) so I most likely won't be playing this week. If I do, it'll be with my left hand... I'm not too sure about how that would go since I always use the left hand to hold the phone, so it's not suited for such motor skills-demanding tasks... ( ͡° ͜ʖ├┬┴┬┴

Anyway, I've improved my already 'impossible-to-3x-cap without stealth' layout (according to results) and created the hardest layout in the game I've ever known (yes, according to my own experience. Don't get it twisted, I don't know everything and it's plausible that the hardest layout in the game is lurking else where at lower rep or levels), but I won't let anyone practice it or see it before crucial nodes are 'ready', so in the mean time I've got some troll layouts that are more about the looks or experimental designs than actual defense, but still don't give it all out for free as to not become too easy to get farmed by everyone that sees me while I hide my trump card 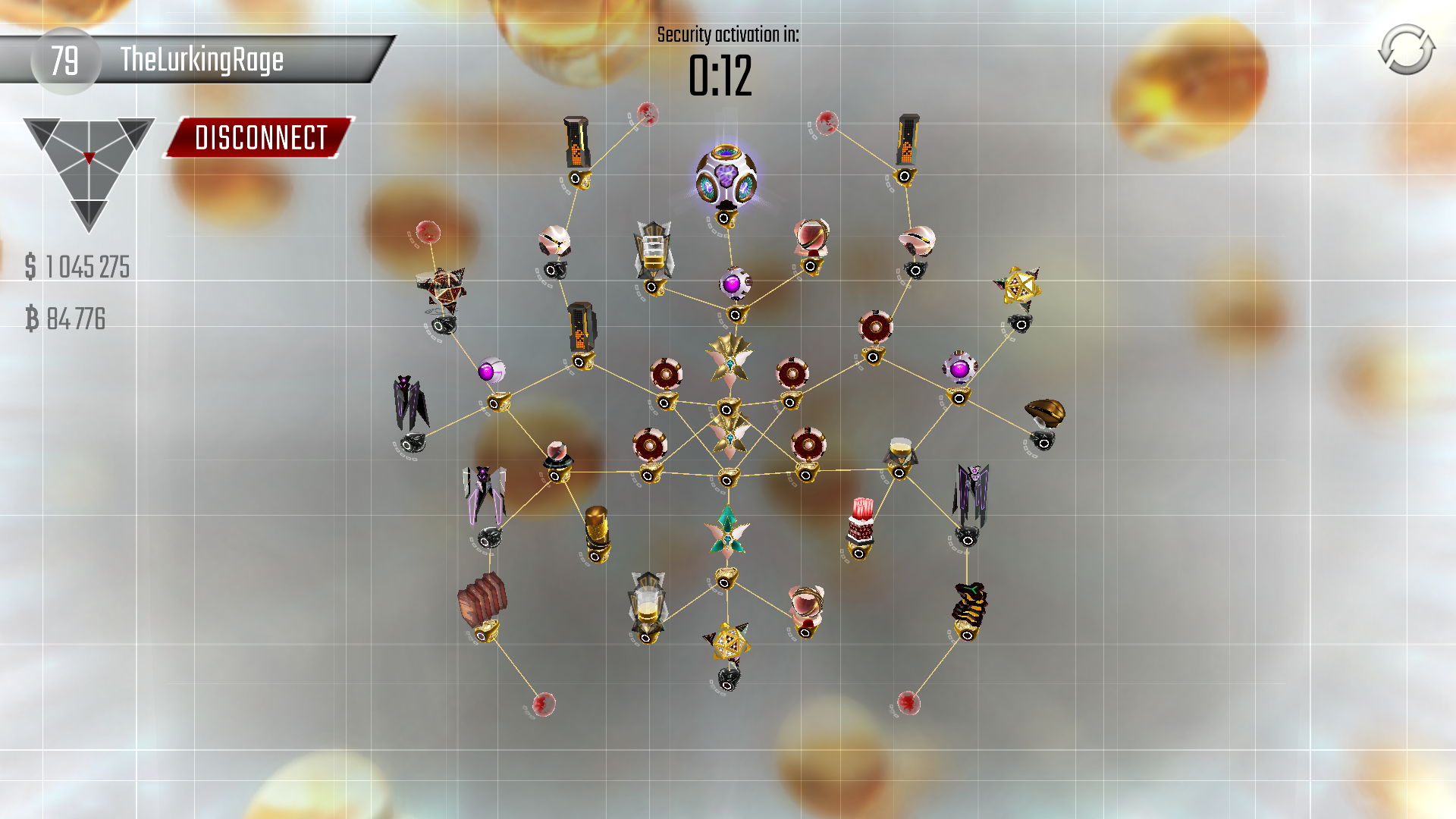 No one but myself attacked me while I had this layout equipped. Everyone just viewed my network and left right away, so Idk if they were resetting my shield for free out of the kindness of their hearts, or were intimidated by the maxed out Guardians shielding the maxed out Code Gates, hence its name. 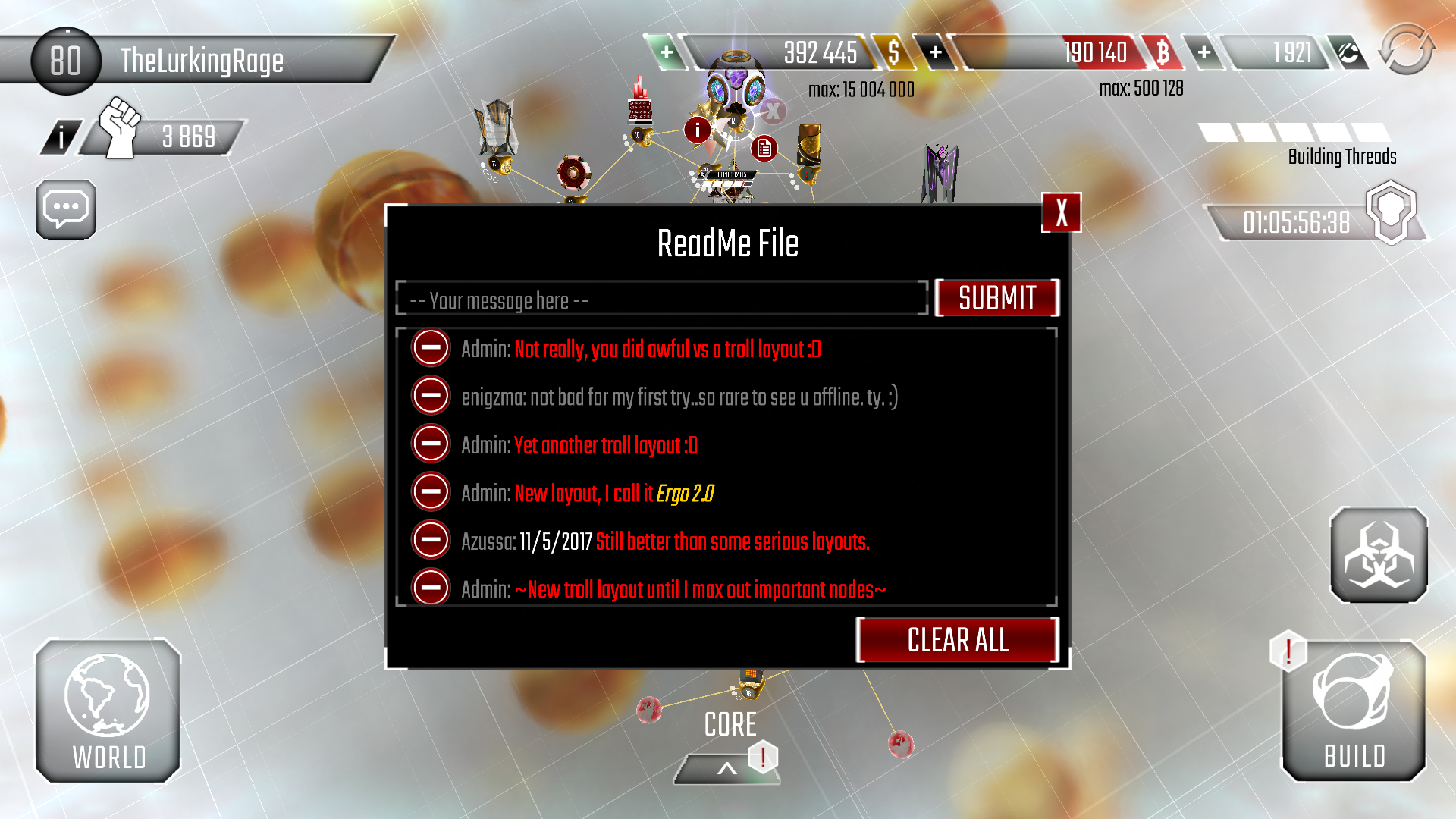 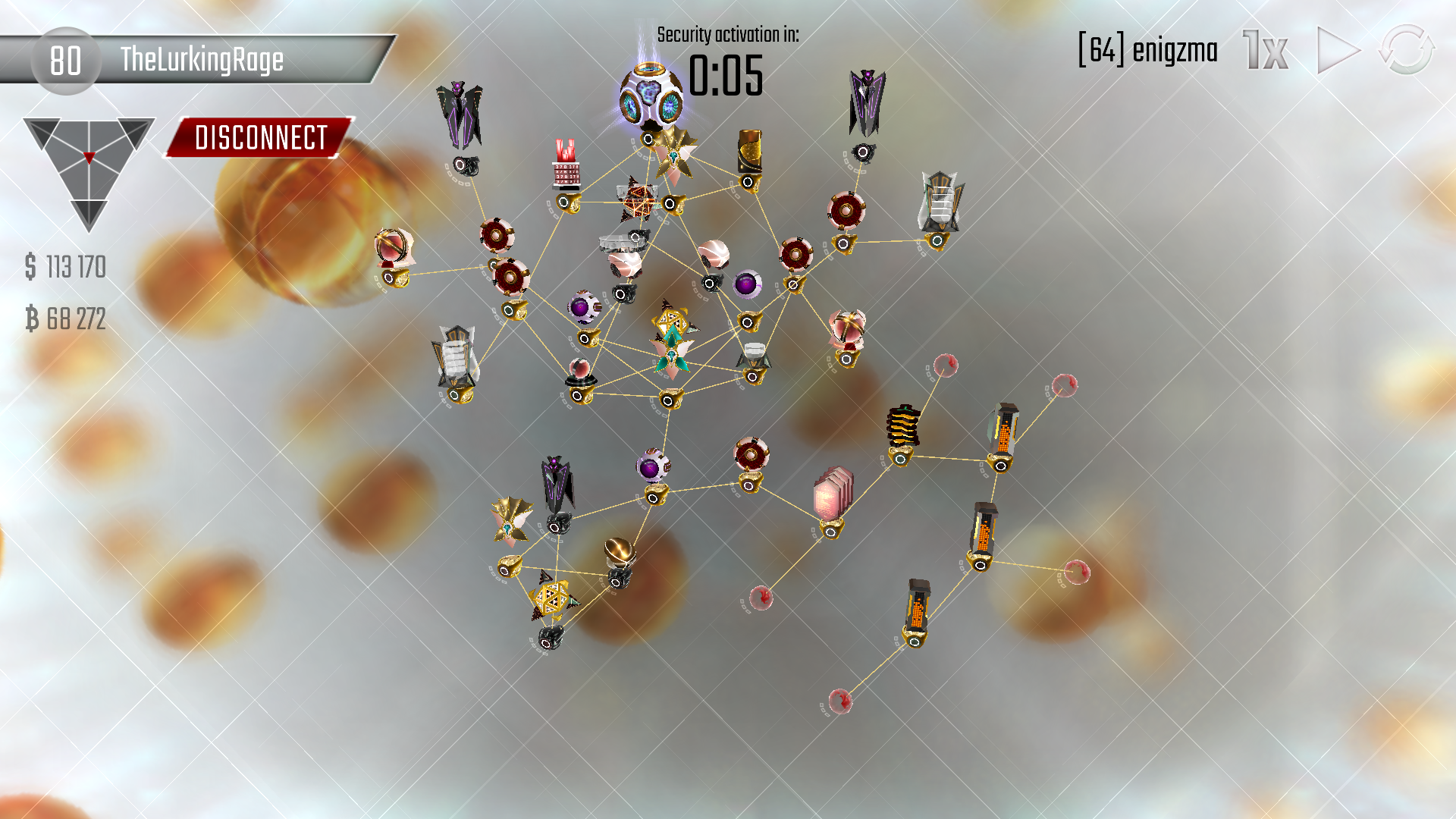 The "Left you 3 triangles/Low Ram's Nightmare": 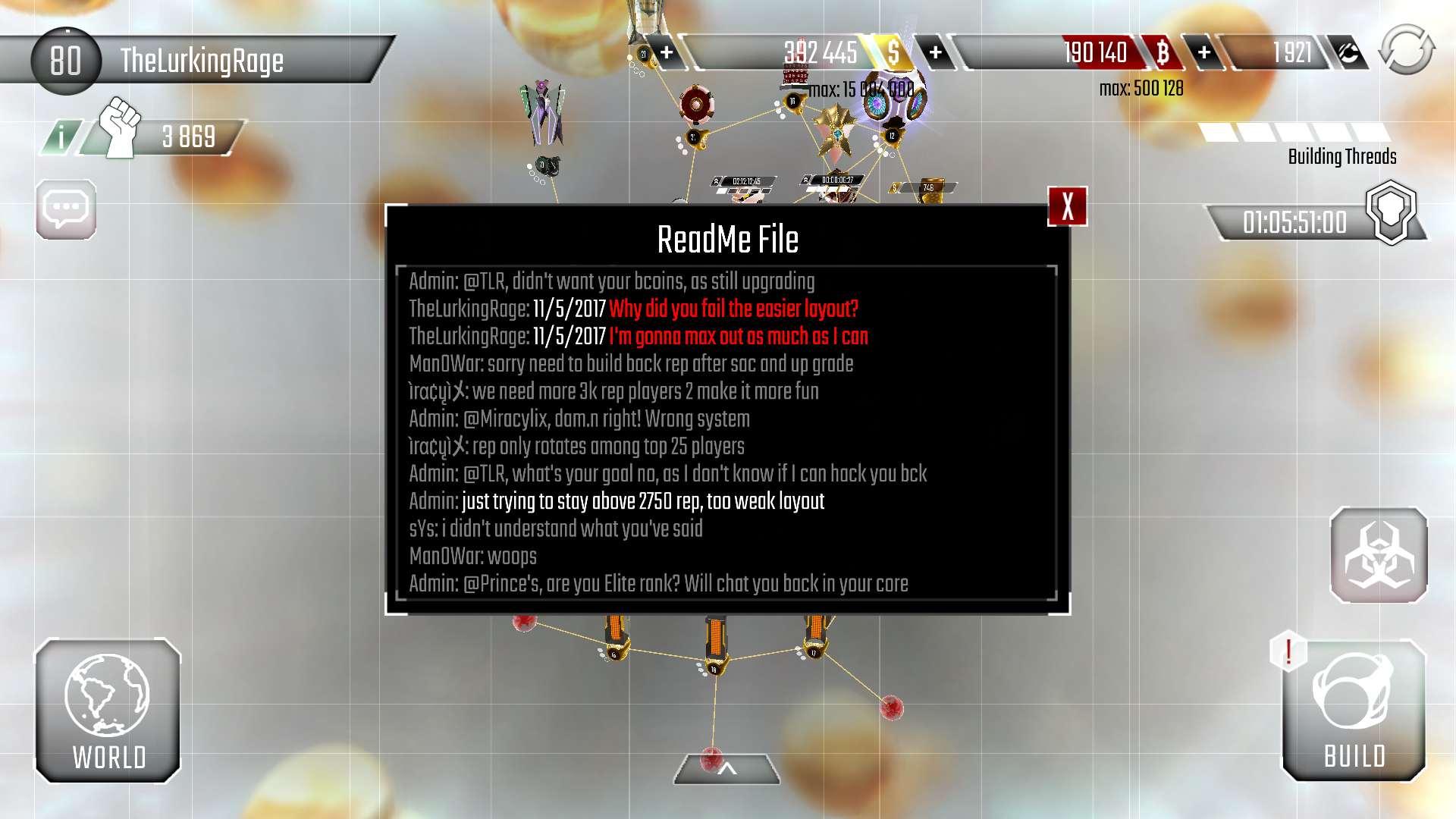 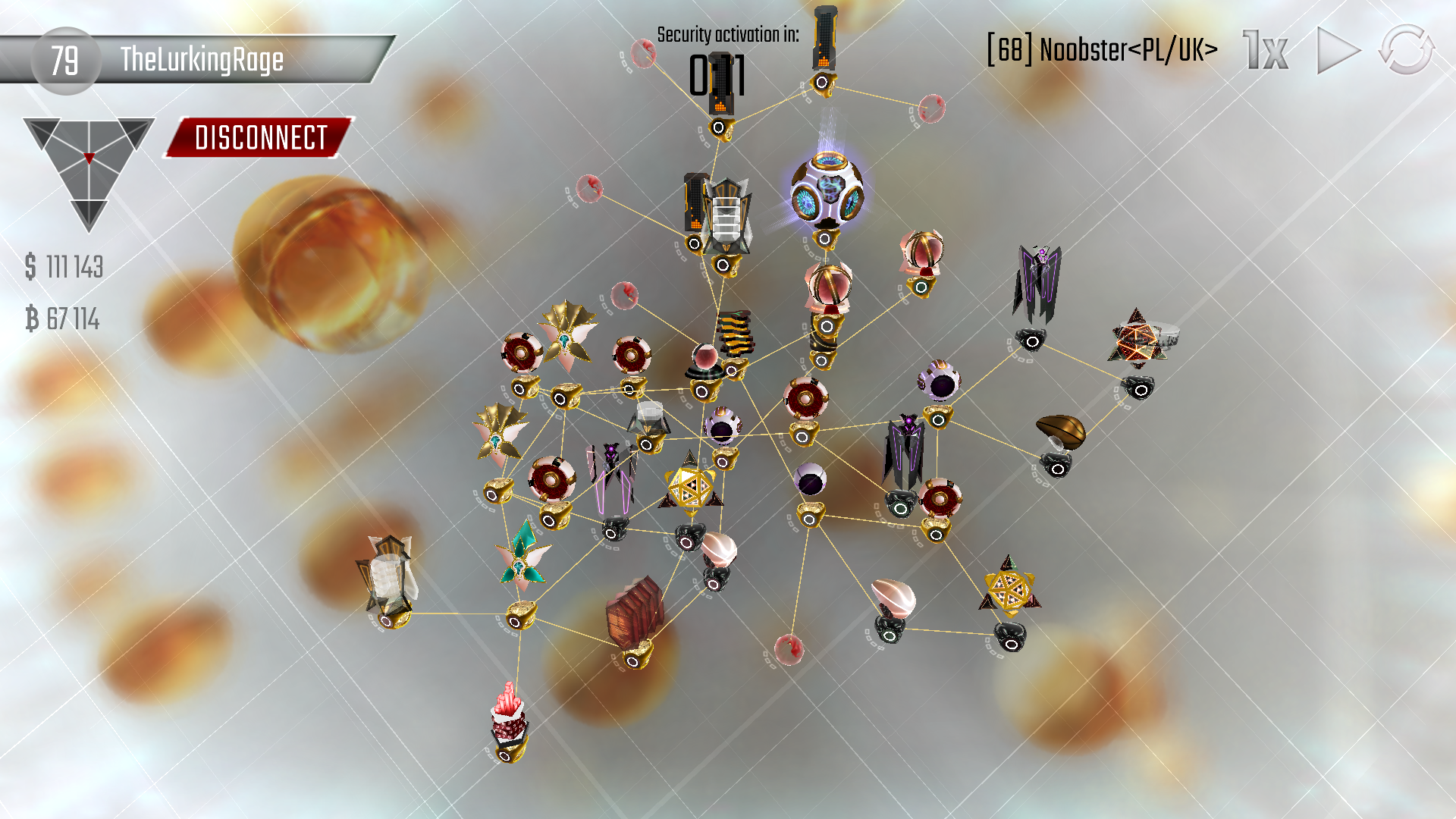 He failed the hack on purpose, he coulda gotten full control triangle cap, but removed noob Cannons on last node which was the Mixer besides the Core and there's 3 Code Gates being shielded by my maxed Guardians, hence the name.

and finally, Ergo Twins 2/3.0? (My favourite apart from the "FREE Shield Resets" one): 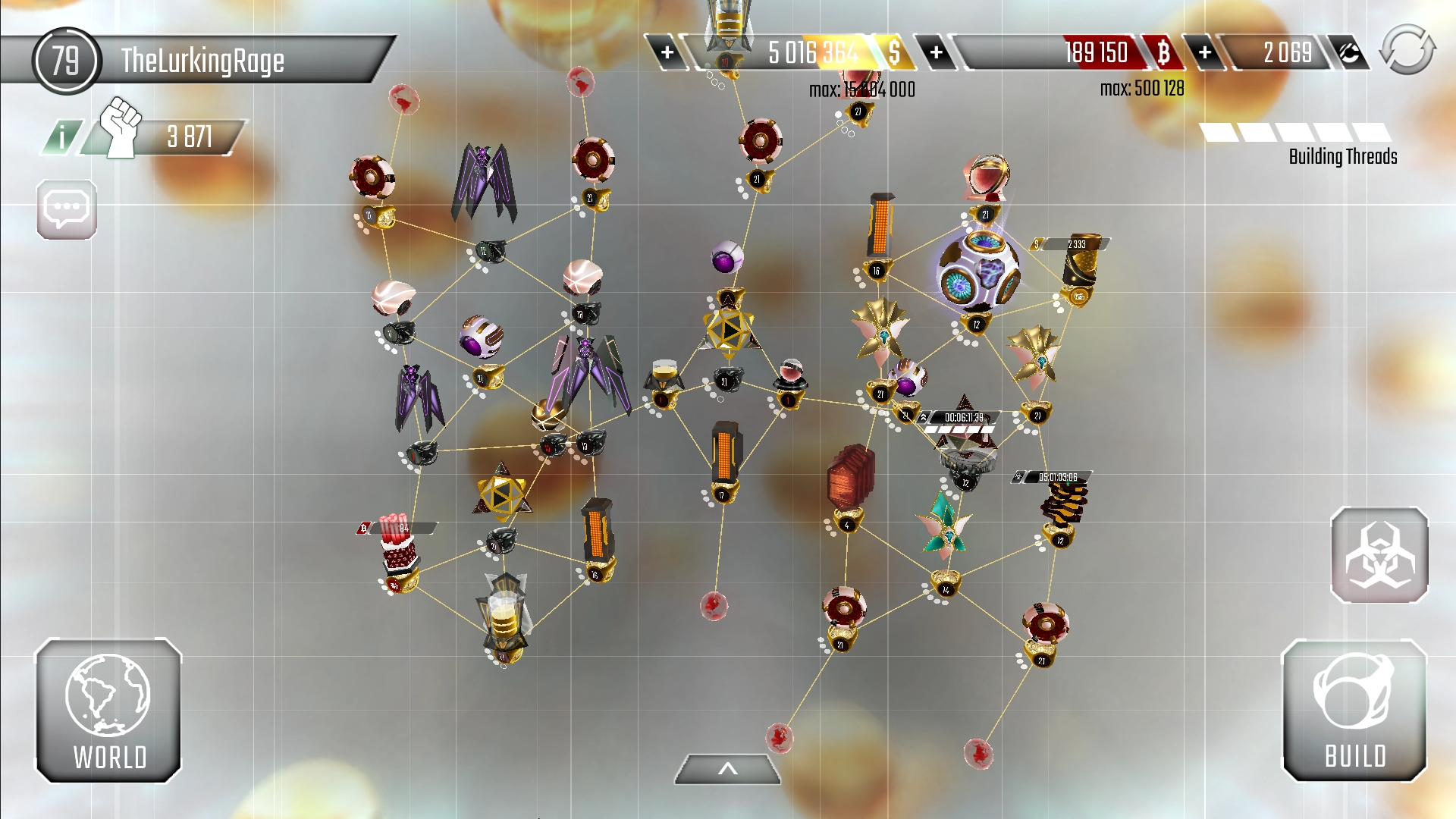 While I'm off having a life like always ('cuz many of you think I don't have one) and recovering, ya'll can give them a shot if you promise to stay juicy for me so when I'm back I can upgrade stuff without breaking a sweat

(I would just throw a week long 9sec shield on, but I just used a 2 day 9sec because of long morning-to-night work days and then this incident happened D:)
First hacker to reach 4k rep.

But where's the Dick in a Box network?

You still consider that a non-troll network?

Accident sounds painful though :S Have a swift recovery.
There are 10 types of people in the world. Those that can read binary, and those that cant.
Top
Post Reply
2 posts • Page 1 of 1