Re: Bug. Network wasn't hacked, with lost of full money

Thanks for the screenshots! This is usually caused by a disparity between the set of instructions created for the re-player and the playback.

This difference is about a millisecond or so

Most of the time this delay doesn't affect the outcome of the replay, but very rarely the delay will result in the replay showing that a node was taken back by the defender when it wasn't. This has a knock on effect of showing the rest of the replay incorrectly.

A replay that has this issue can be spotted by reviewing the replay and watching what the attacker is currently selecting. This is indicated by a small glow around the node that the attacker is currently viewing. If this glow is affecting nodes that aren't captured yet, then this is where the player is - from their perspective - selecting captured nodes to install attack programs on.

In every case of a playback issue, the hack was performed successfully by the attacker, with the losses of resources/reputation being correct and the visual representation of what happened during the hack being inaccurate.

TLDR; The attack was successful, the replayer is wrong.
We will double check this though, just to be sure.

Thanks again for the screenshot info.

Re: Bug. Network wasn't hacked, with lost of full money

TLDR; The attack was successful, the replayer is wrong. We will double check this though, just to be sure.

Checked and confirmed as a replay issue. The hack was performed successfully, with the loot and Win Condition info shown at the end of the hack being correct. 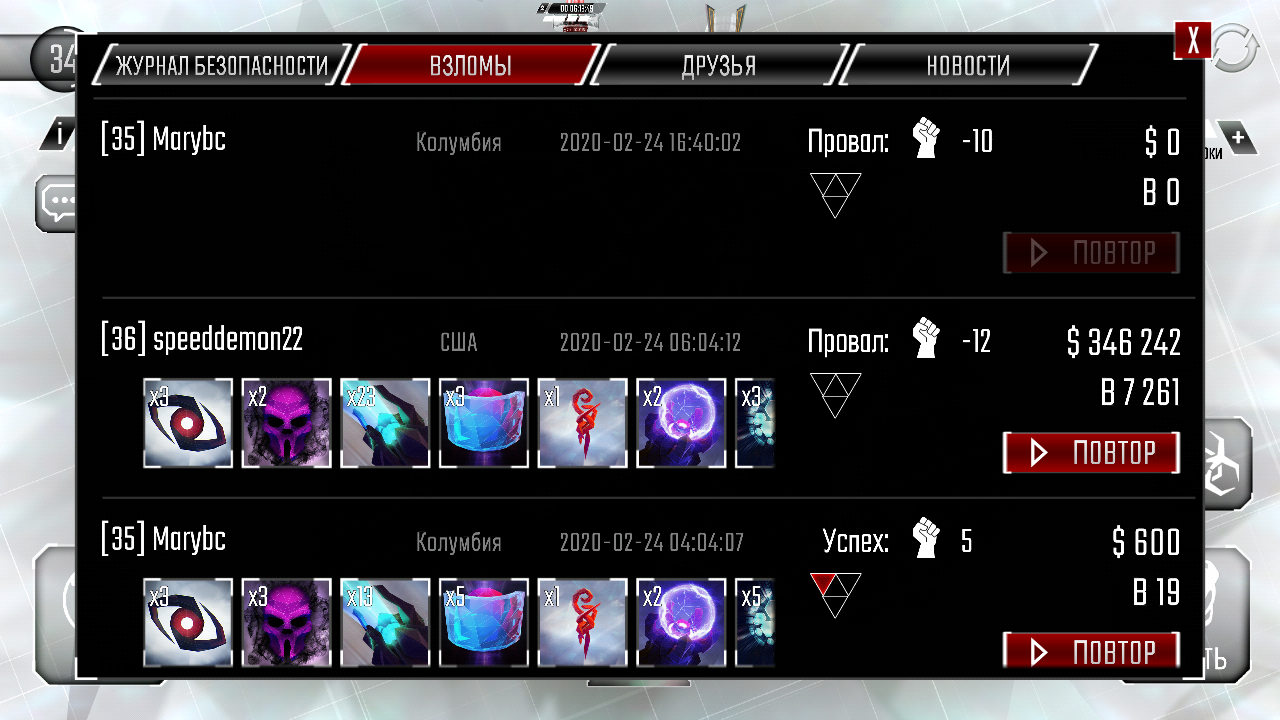