Was looking for the 5th player as I was checking their loot and noticed there wasn't a 5th lol. 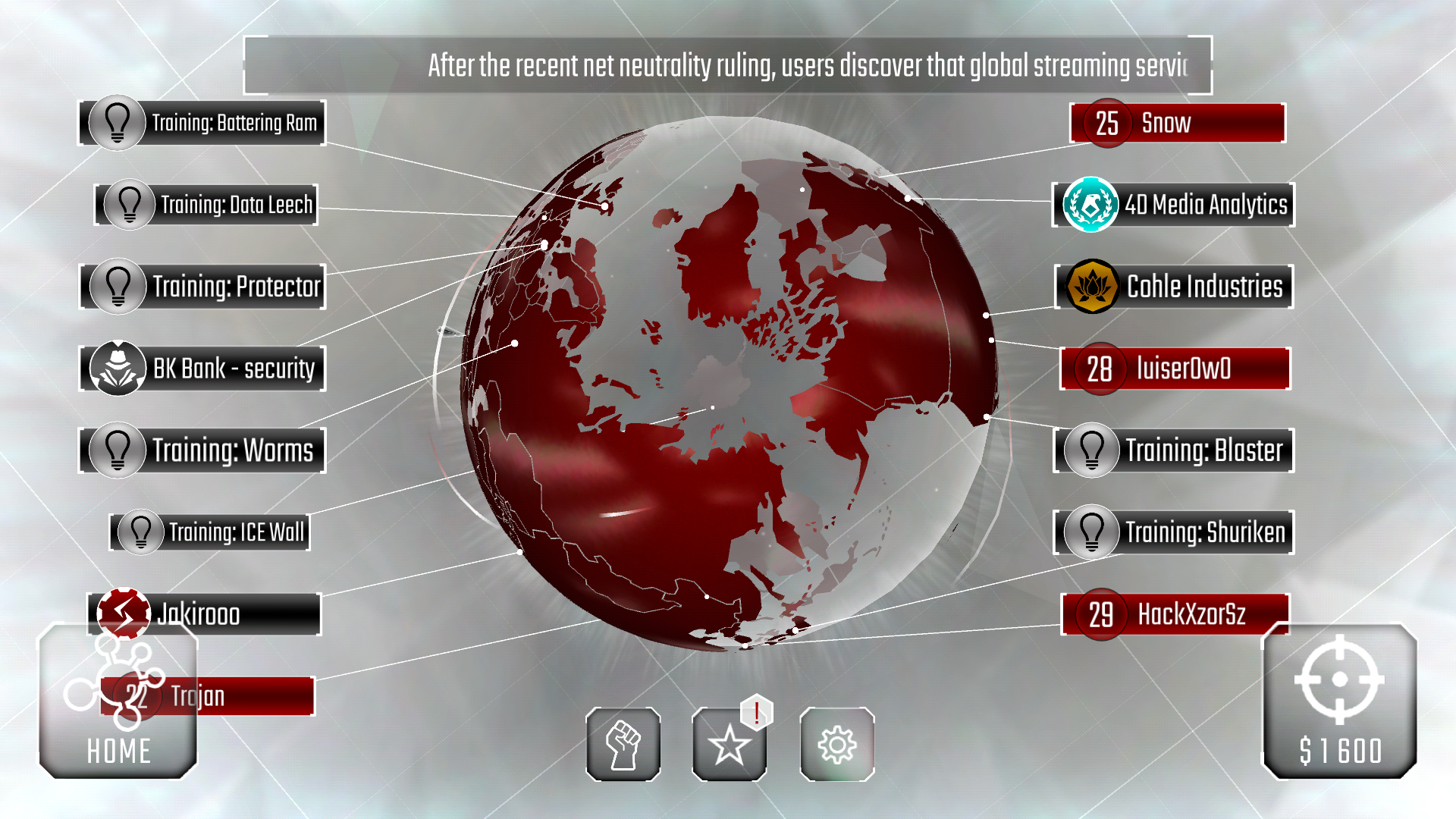 The search is always supposed to return 5 targets and there are algorithms set to ensure this iirc. Maybe it glitched somehow and prevented a target from showing up? Or maybe it was a packet loss related issue? Idk, but it feels familiar, think it's happened before or at least was mentioned when talking about the things set in place in order to ensure the search returns 5 targets, which is why we can find people online, people with 9sec active and even players we just hacked successfully a minute ago, as Crack and I would get Imru in literally every single search. There could be something in the code that says if certain conditions aren't met, return the targets it can? Like... Only thing I can think of is a network that just recently moved past my level and rep range as the search was looking for it? Like it found a level 30 for example, then suddenly it was level 31 so the search was like never mind, but there wasn't enough time to find another network that met the requirements to show up? OR DID I TELEPORT TO ANOTHER DIMENSION AGAIN? Illuminati confirmed?
First hacker to reach 4k rep.

This is still the case, and the conversation that we had about the search removing conditions in extreme cases such as whether a target is outside of level/rep range, 9SEC shielded or has been recently attacked, did happen in this dimension

I asked whether there was a 15 mission limit to the world map, but this doesn't seem to be the case. There is a possibility of extreme level/rep combinations resulting in the algorithm having a hard time (and even then it would pop out an unsuitable target rather than none at all), but this also seems extremely rare given the level 20+ targets you're receiving. I'd be interested in seeing a map with all the training missions, 5 story missions AND player targets on though!

For now, there's no clear reason as to why this happened, and the code itself isn't pointing to any reason as to why, so .... grats I guess xD
There are 10 types of people in the world. Those that can read binary, and those that cant.
Top
Post Reply
2 posts • Page 1 of 1