funez1 wrote:Sentry and scanner are main priorities if you want your base to be strong. Don't forget to move your gates to the front. Unless you have 4 then maybe you can place one in the back.

Code Gates shouldn't be sacrificed to fight stealth. The way his Code Gates are positioned, isn't perfect but it's definitely better than wasting them by putting them up front.

Leopr786 wrote:Can I get your opinions on my network build please? Any suggestions would also be great. 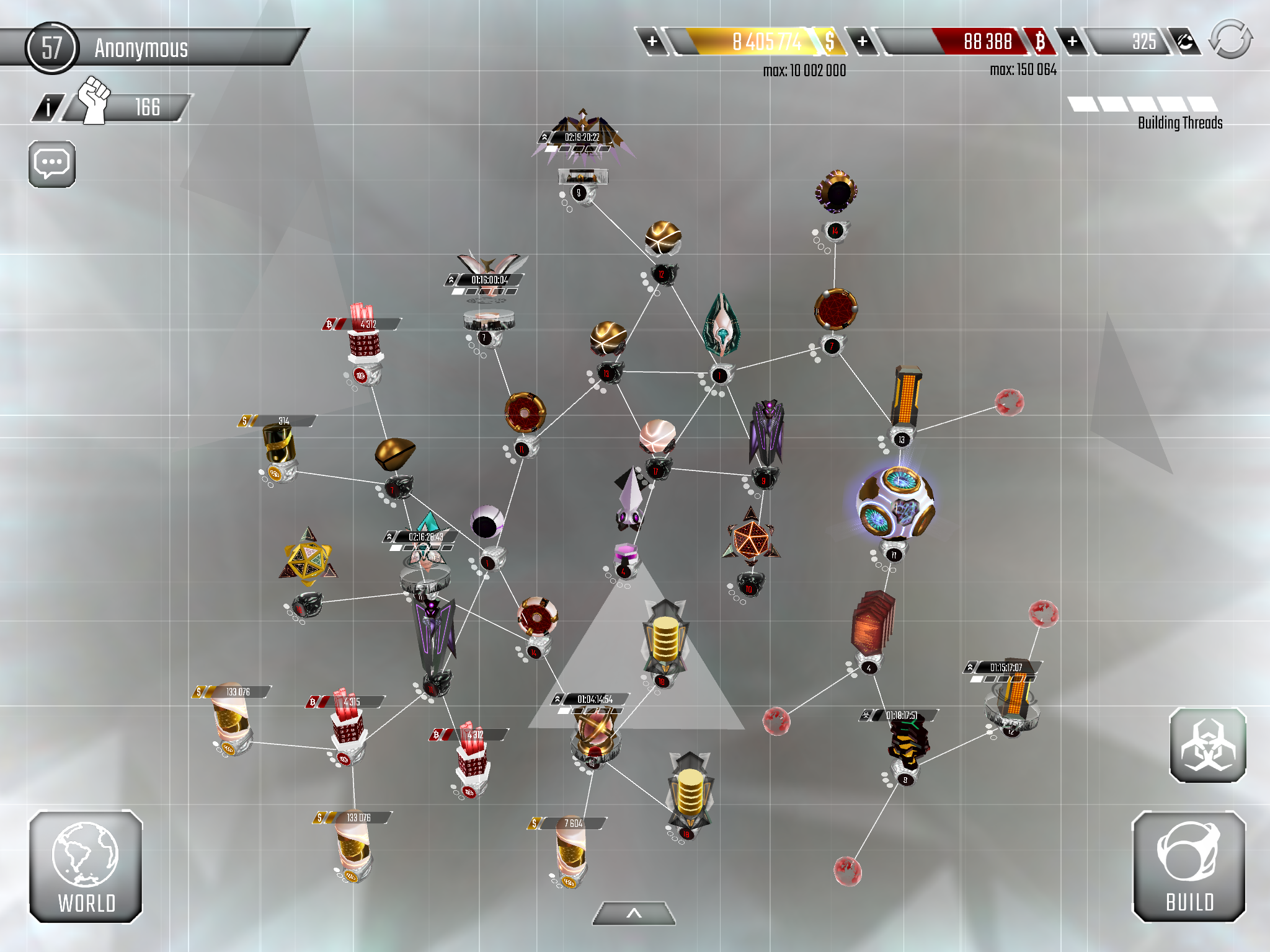 It's not good to give the attacker more leeway on stealth by placing the scanner there where its range doesn't even reach the second Code Gate. It's also bad to give the attacker more than 3 program slots to take down a Code Gate, as the whole point of Code Gates are to stall the hacker.
That Mixer choke point at the end is a pretty bad choke point as the Mixer is too tanky for the DPS it's taking. All the AI is poorly positioned too. The Squid has too many things to scan, decreasing its chance to detect an intruder. The Hawk is only good for that first choke point until the Turret it's attached to is hacked, then it's game over for the Hawk. The Beetle has too many nodes to protect, decreasing the healing to damage ratio of each node it protects and it's only sorta useful for that first choke point too like that Hawk.

Overall pretty average network, but it just so happens that the average network is pretty horrible. Giving you advice alone is not enough as the whole network needs an overhaul. Update me on the state of your network (including programs) and I'll see what I can do for you.
First hacker to reach 4k rep.

He only has two gates. If you thini about it. He isnt on low levels. If it were me I would easily take advantage of the fact that his sentry is too far back. I can easily reach the second code gate without worry. Even if the scanner were placed to detect a player all the way to that rear code gate. You will still wraith two gates minimum. But yes. His network does need a overhaul. And having gates more on the front is much more when dealing with stealth. Otherwise your asking for a portal anywhere in your network
Top

funez1 wrote:He only has two gates. If you thini about it.

No... How does that make sense to you? Care to explain?

funez1 wrote:He isnt on low levels. If it were me I would easily take advantage of the fact that his sentry is too far back. I can easily reach the second code gate without worry. Even if the scanner were placed to detect a player all the way to that rear code gate. You will still wraith two gates minimum.

In that case if it were me I'd take advantage of his poorly positioned Scanner to Leech his Core and resources and call it a day, but he's low rep so he doesn't need to worry about that.

funez1 wrote:having gates more on the front is much more when dealing with stealth. Otherwise your asking for a portal anywhere in your network

It is, but it's not a good strategy. Stealth is countered better if you invert that way of thinking you've got. Remember, it's the Code Gates that slow the attacker down and the Scanner that detects them, not the other way around. Code Gates aren't supposed to be used to counter counter stealth much like Sentries aren't supposed to be used to counter stealth. You're only making their job easier by placing your Gates/Sentries up front. Unless you have a superb maelstrom that requires the sacrifice of one Code Gate, then keep that Code Gate at level one to serve as the stealth speed bump you all treat them as. Basically if they're not stalling much in brute force, feel free to use them as you mentioned, but that shouldn't be their only use when you level them up. He's low rep and has leveled Code Gates, therefore they shouldn't be sacrificed to fight stealth.
First hacker to reach 4k rep.

Beung low rep doesnt protect you. I deal with high level programs. And they always carry stealth. So in that case I place my gates at the front. For malestorms. If the gates are level 1. Then it be easier to just use brute force.
At such higher levels. Lets say maxed programs(YES I HAVE SEE THEM AT LOW REP) Then having gates at the front is rather better to protect yourself from stealth users. Now I can agree. That maybe some players dont have stealth. Well they will most likely have decent leveled rams to counter it.
Top

Here is a slightly updated version. I can't do much now since I got 5 nodes updating and the worms program evolving. I was thinking of placing a third scanner replacing one of the bitcoin mines so it reaches the second code gate , and a fourth code gate replacing the bitcoin mine connected to the 2 server farms. The mixer also wasn't intended to be a choke point , you probably meant the scanner choke point. So where would you say I place the AI nodes? 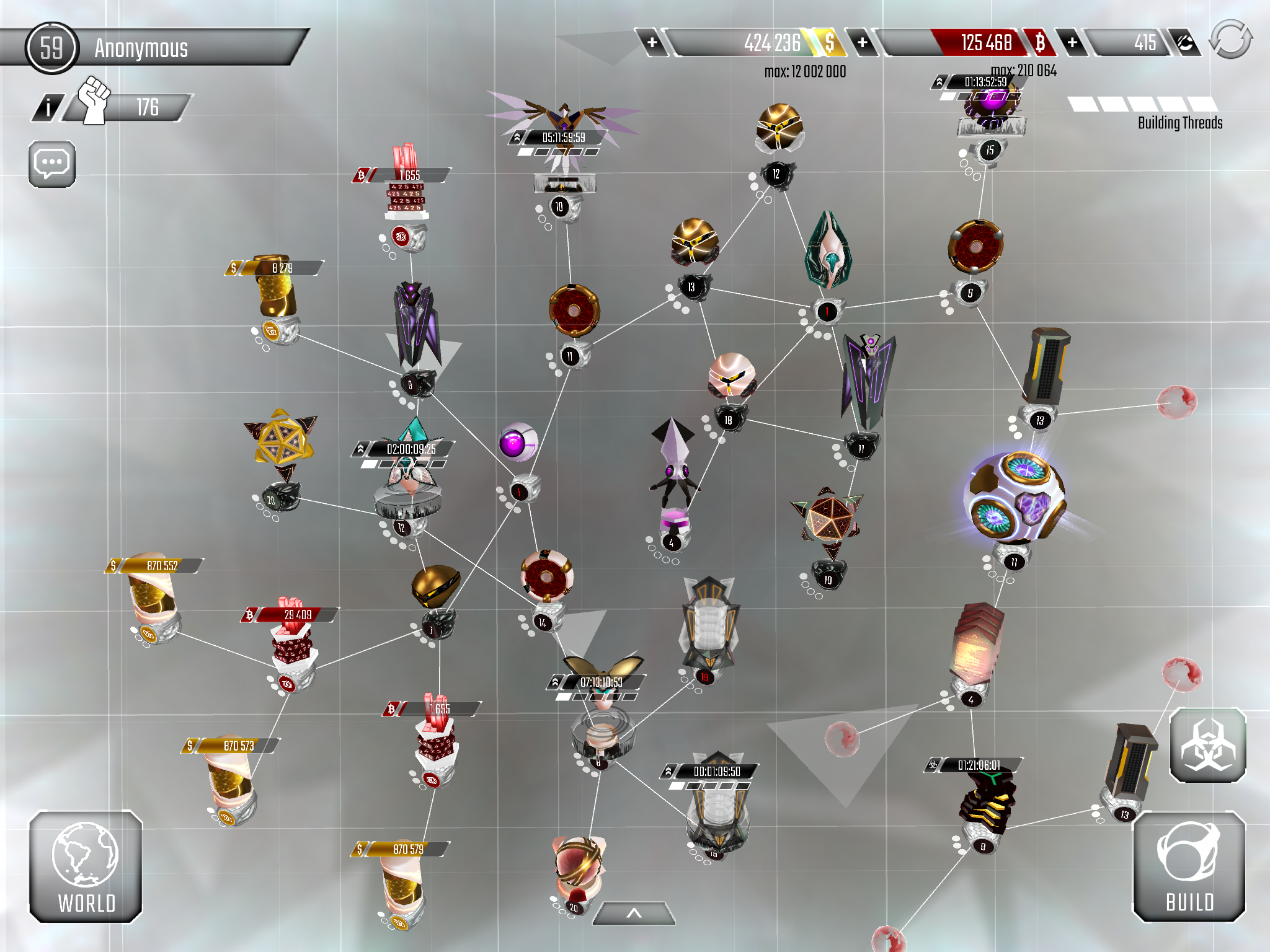 Leopr786 wrote:Here is a slightly updated version. I can't do much now since I got 5 nodes updating.

Sorry for taking a while to get back to you (I'm helping multiple people all the time, plus working on other posts and things so I didn't have time to reply until now), but if your network is still roughly the same, specifically still Core 11, then here's what you could try. You'll need to get rid of 3 of your Server Farms and 1 of your B-Coin Mines in order to make any variation of the following layout I made for you, which requires you to get a 4th Code Gate, 3rd Sentry, 3rd Scanner, and 3rd Program Library. 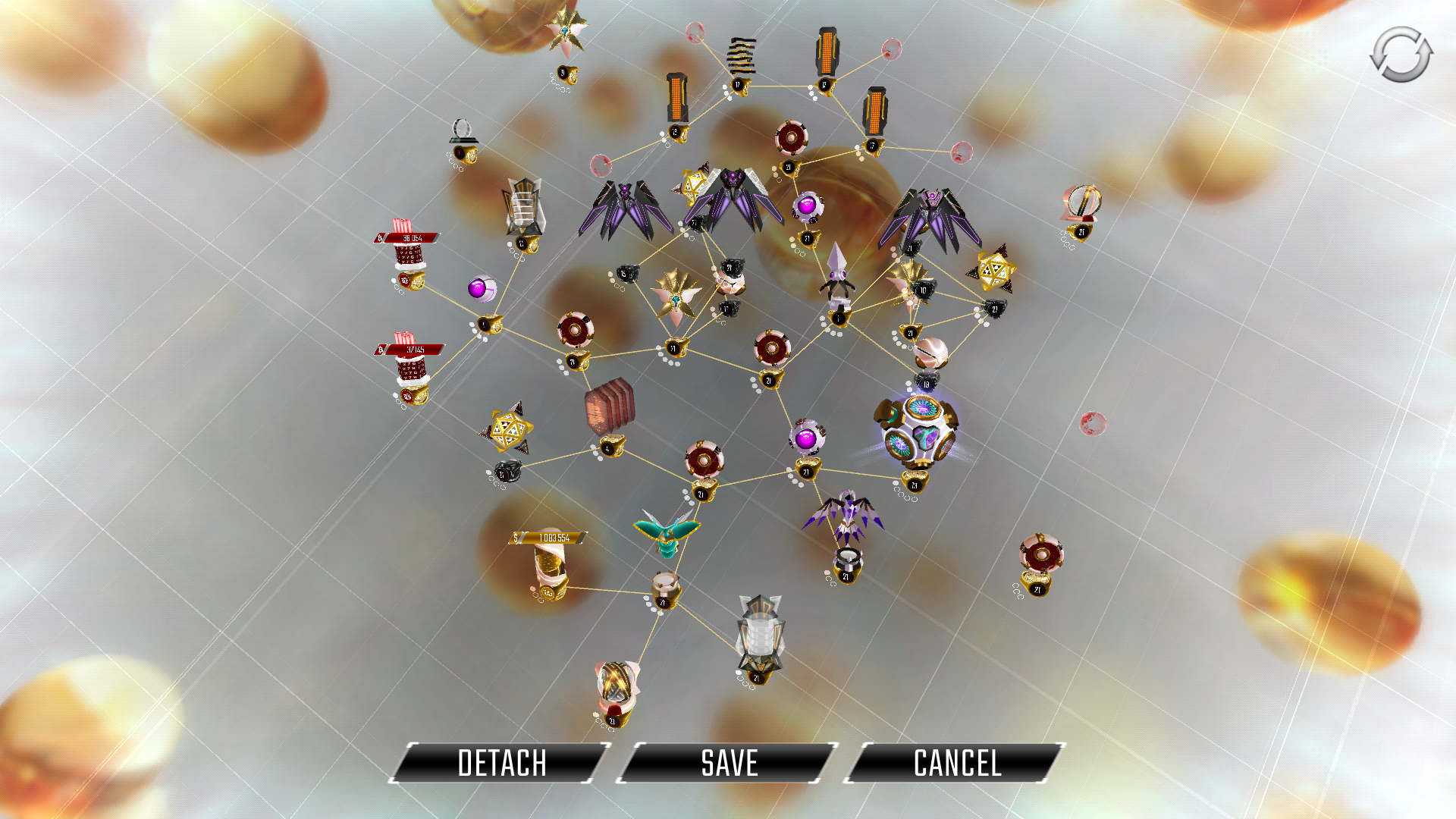 Here's the network flat. You may use this as better reference for attaching everything correctly. The Core is positioned after only one leveled Code Gate. High level Krakens can melt your Code Gates as they're not sufficiently high leveled to slow them down enough, so leaving the Core before your highest Code Gates is a good way to keep your Core safe while not giving too much power to the occasional Kraken users. 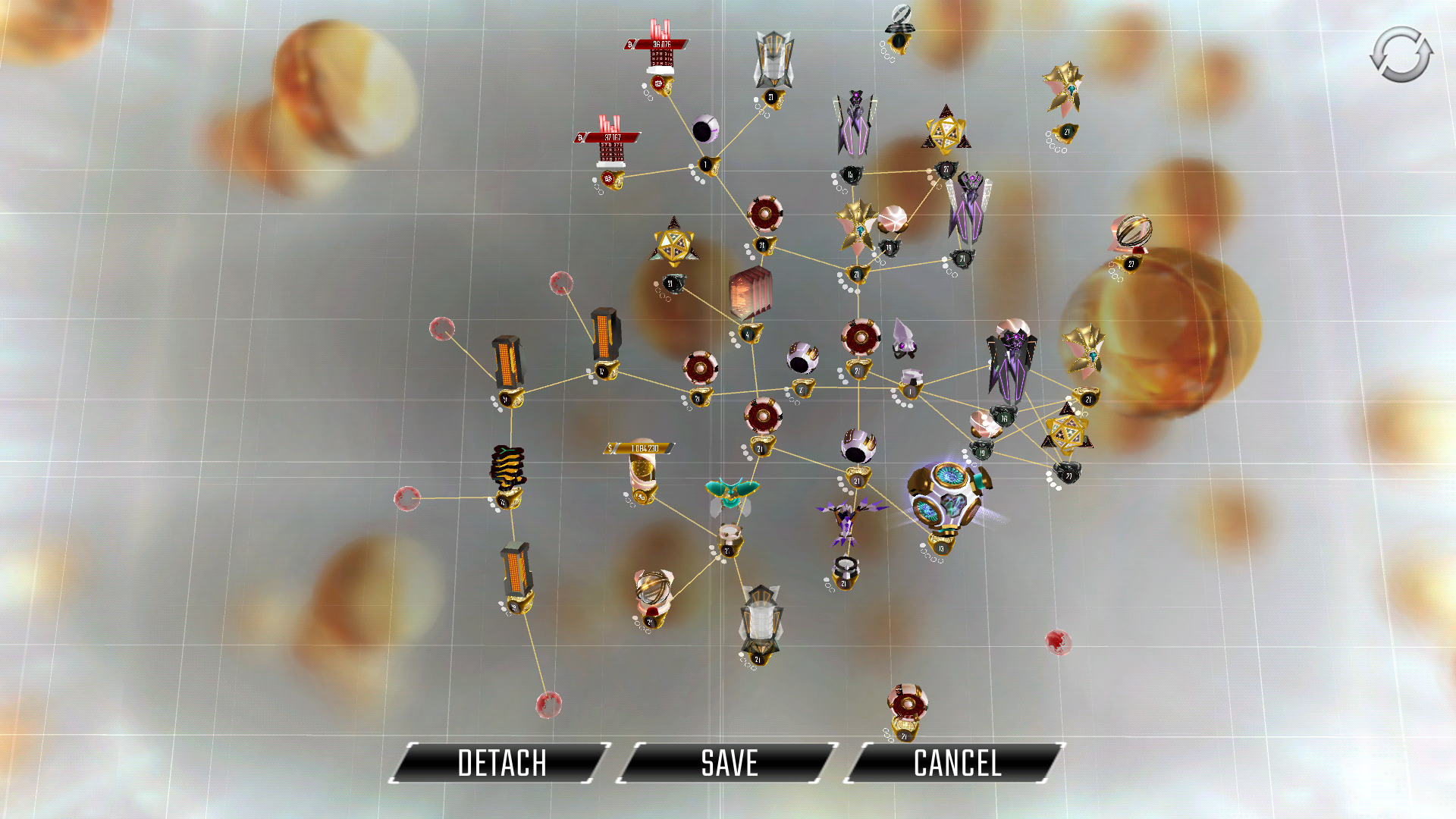 Here's the network with the tail folded on top, or below, other nodes. Folding a network helps make nodes harder to select from certain angles. Also makes it harder to follow a path in maelstroms, but for this layout the purpose it serves is to separate the sides of the network to make multitasking more cumbersome for the opponent. Whether the tail is folded or not, the layout is pretty much the same, but the fold gives that slight advantage, so I always recommend you fold your network's tail. 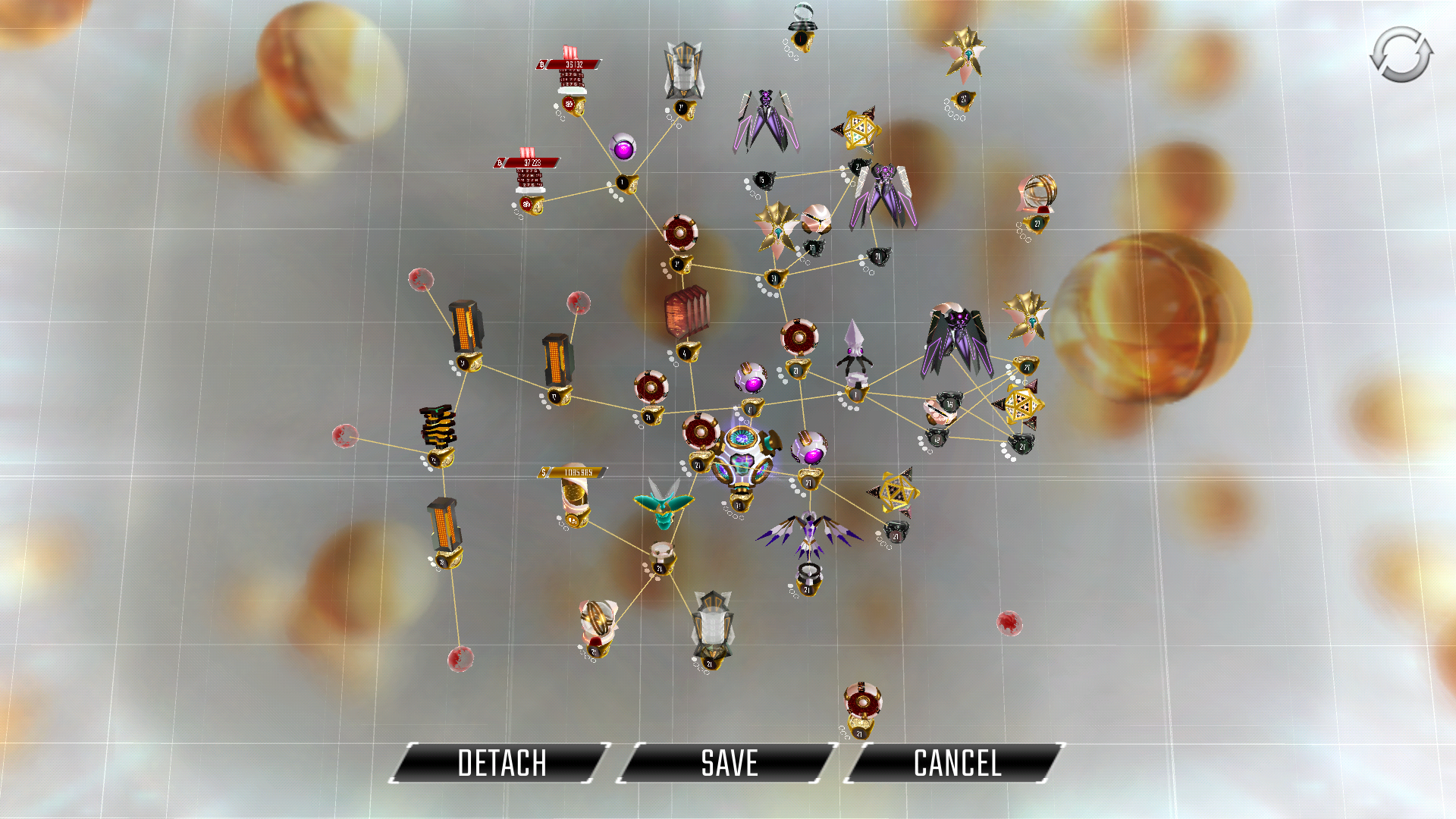 You can attach the Core to the first Scanner to counter Kraken. Level 1 Code Gates barely stall during brute force at your level, so it really doesn't matter much if they Kraken through it. 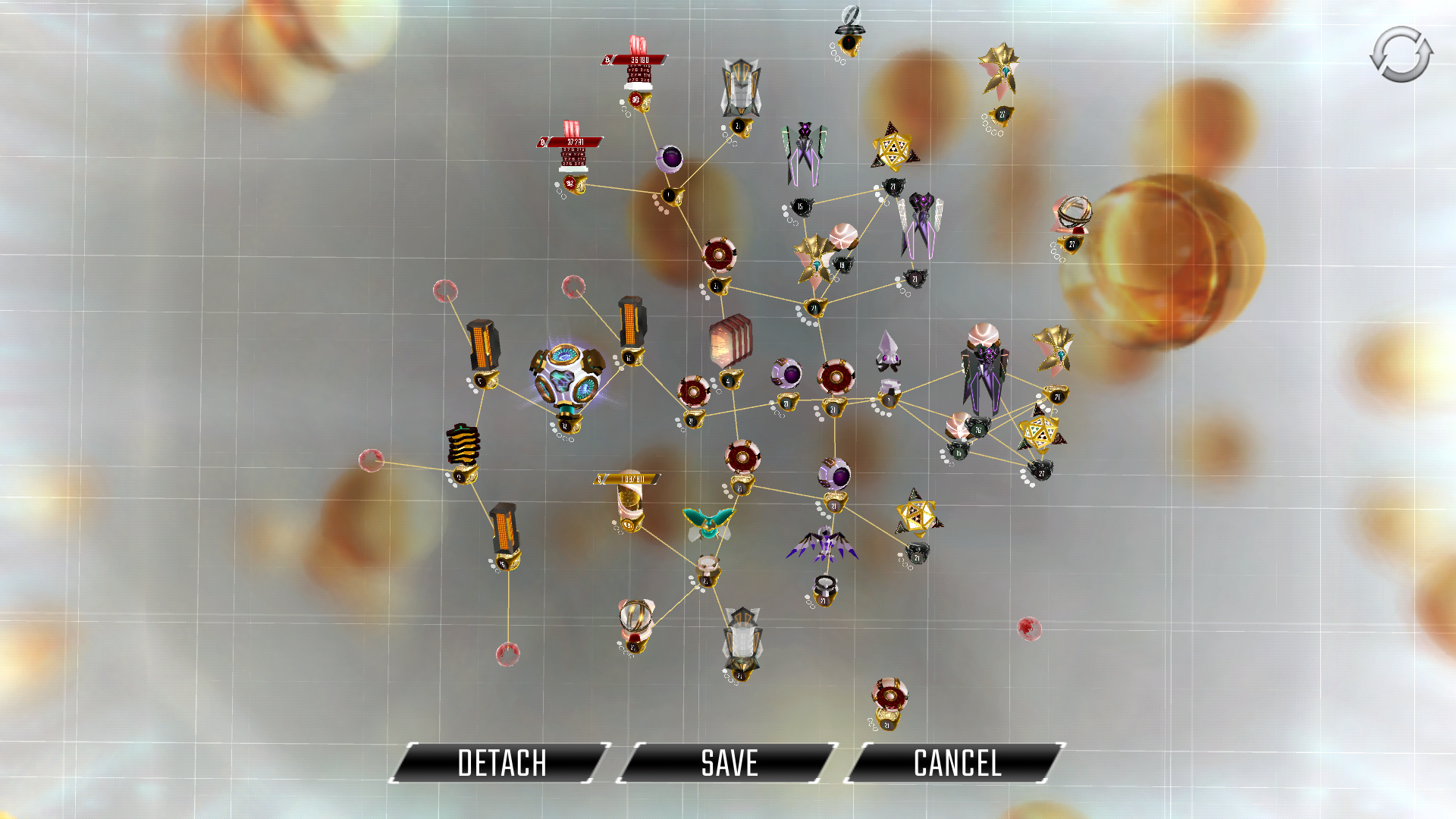 If you don't want the Kraken to go through even your level 1 Code Gate, then leaving the Core as you have it now can also work. 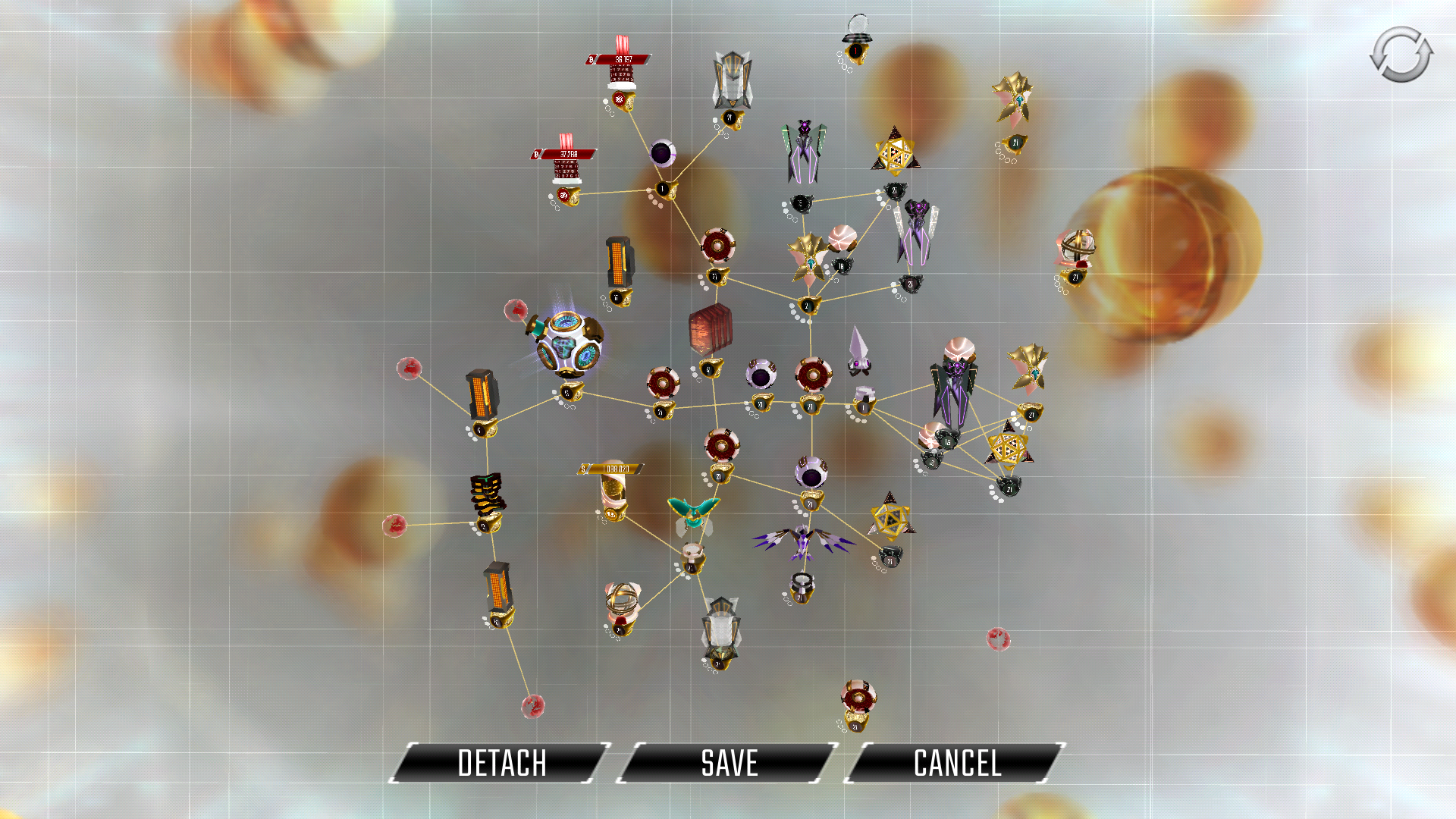 You can attach the Core to the netC like this so if they use Shurikens, they still have to go through your Core first before attacking your Code Gate, just like Beam (n00b) Cannon users would. Attach the 3rd Library to the Core so it has higher priority than the Code Gate (I realized I forgot to attach the library in the screenshot), or attach it to the final two Code Gates to create the following version. 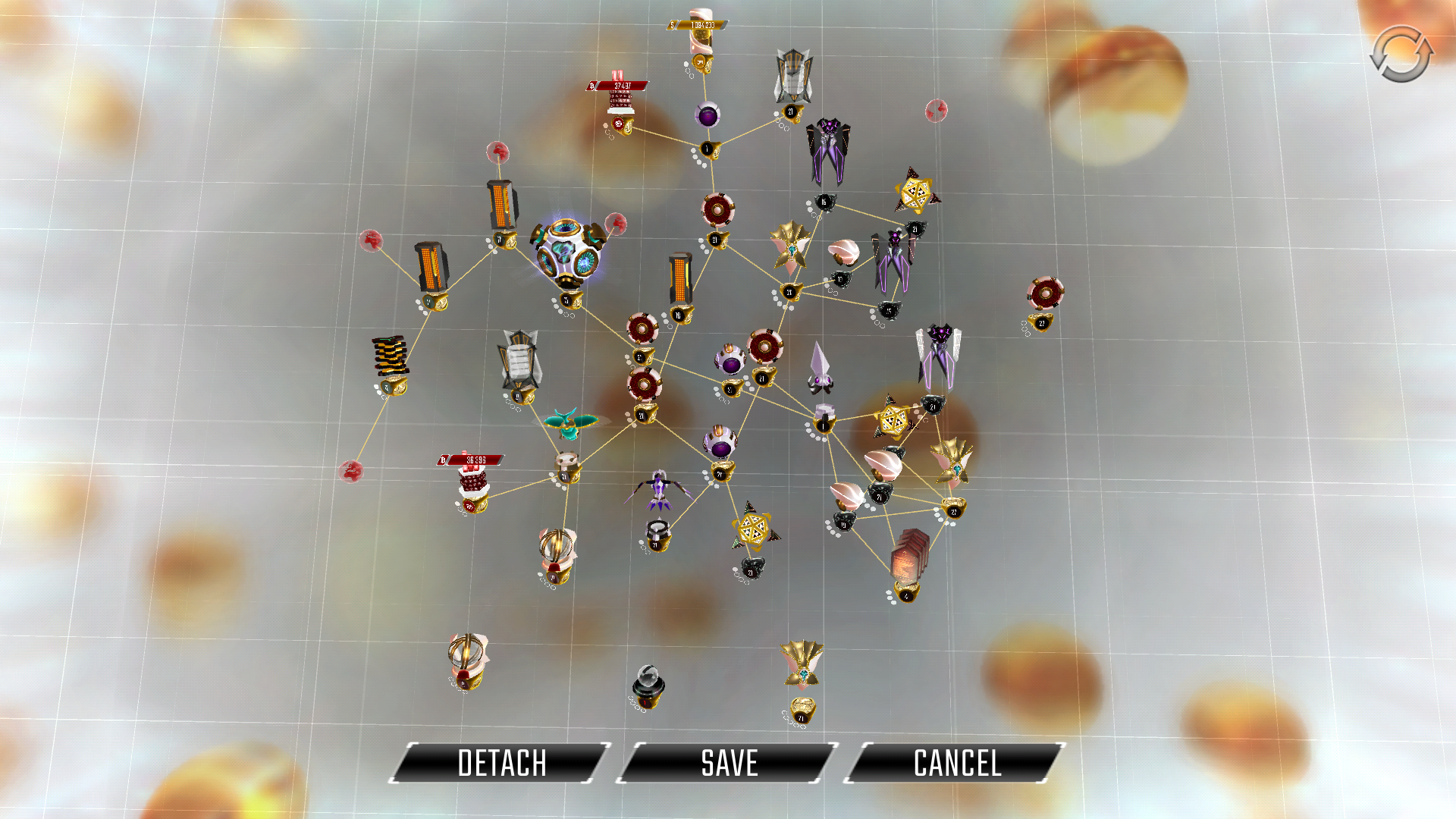 You can stall a couple of seconds longer before they target your Guardian by attaching your Compiler to the security nodes with the highest priority. If the Black ICE is not targeted last, then you'd attach it to the Compiler. 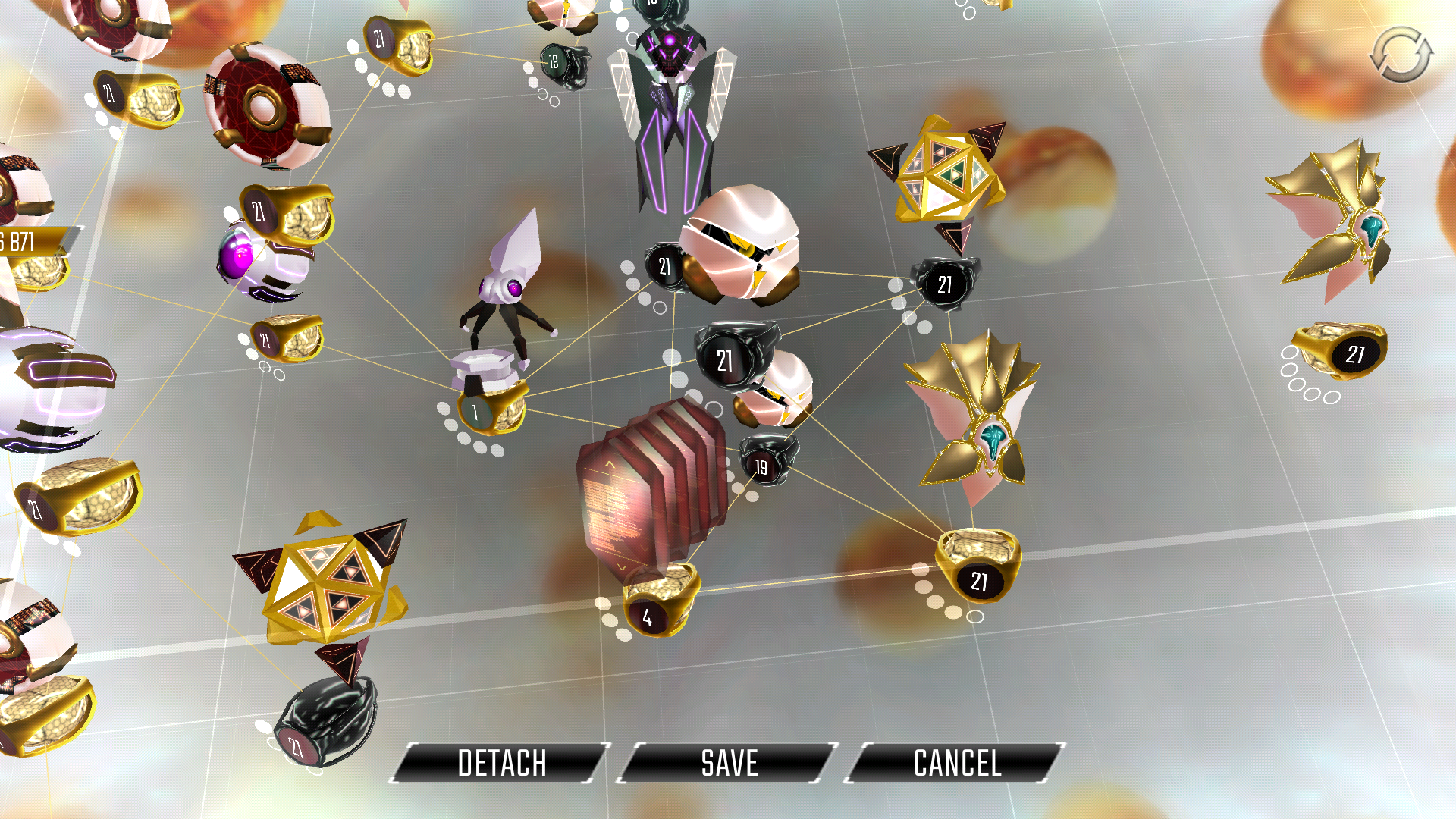 This will only work as long as your Guardian has less firewall than your Compiler. 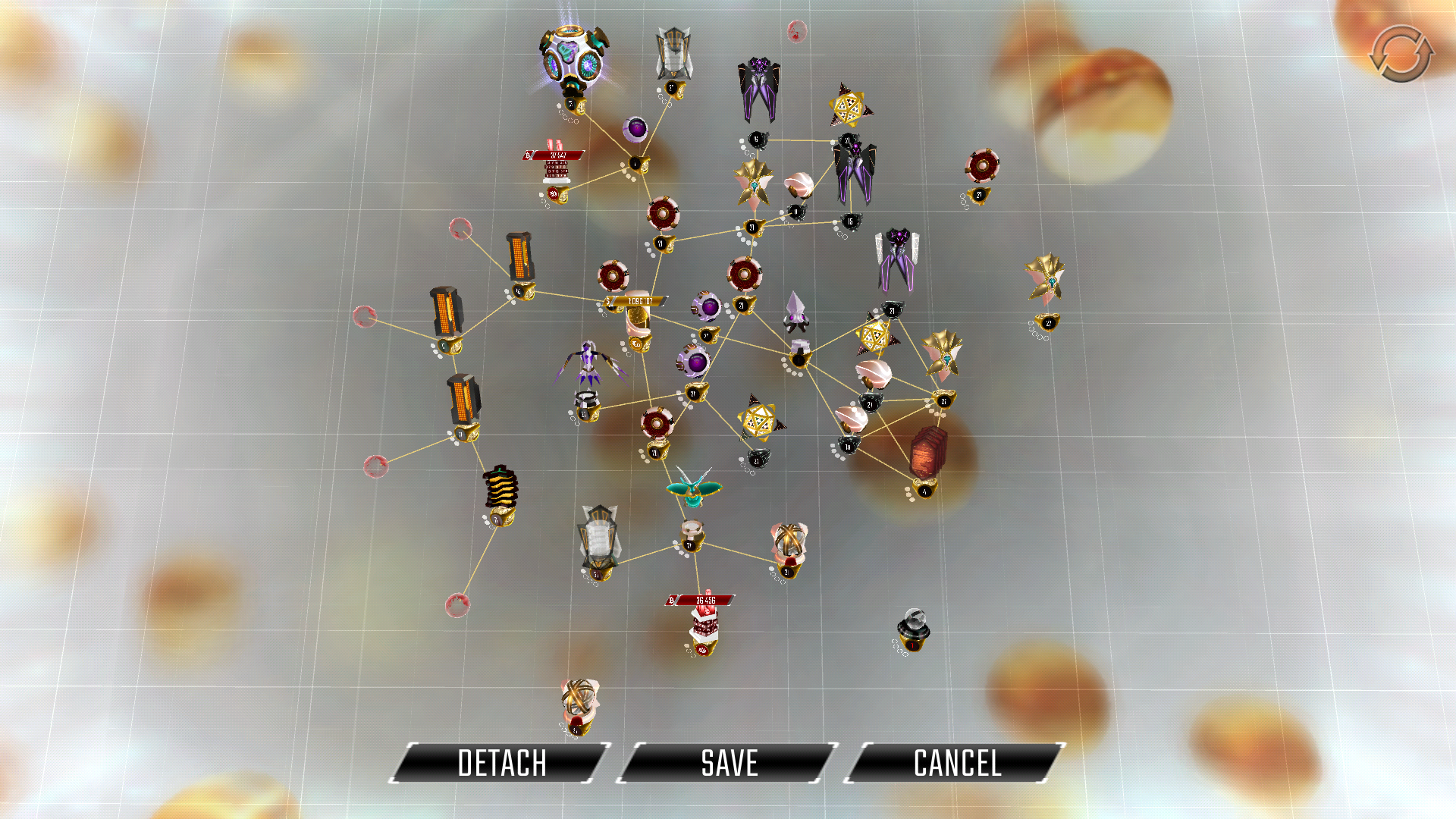 If Krakens aren't a concern for you, then you can position the Core at the 9th step like this to keep it safer. 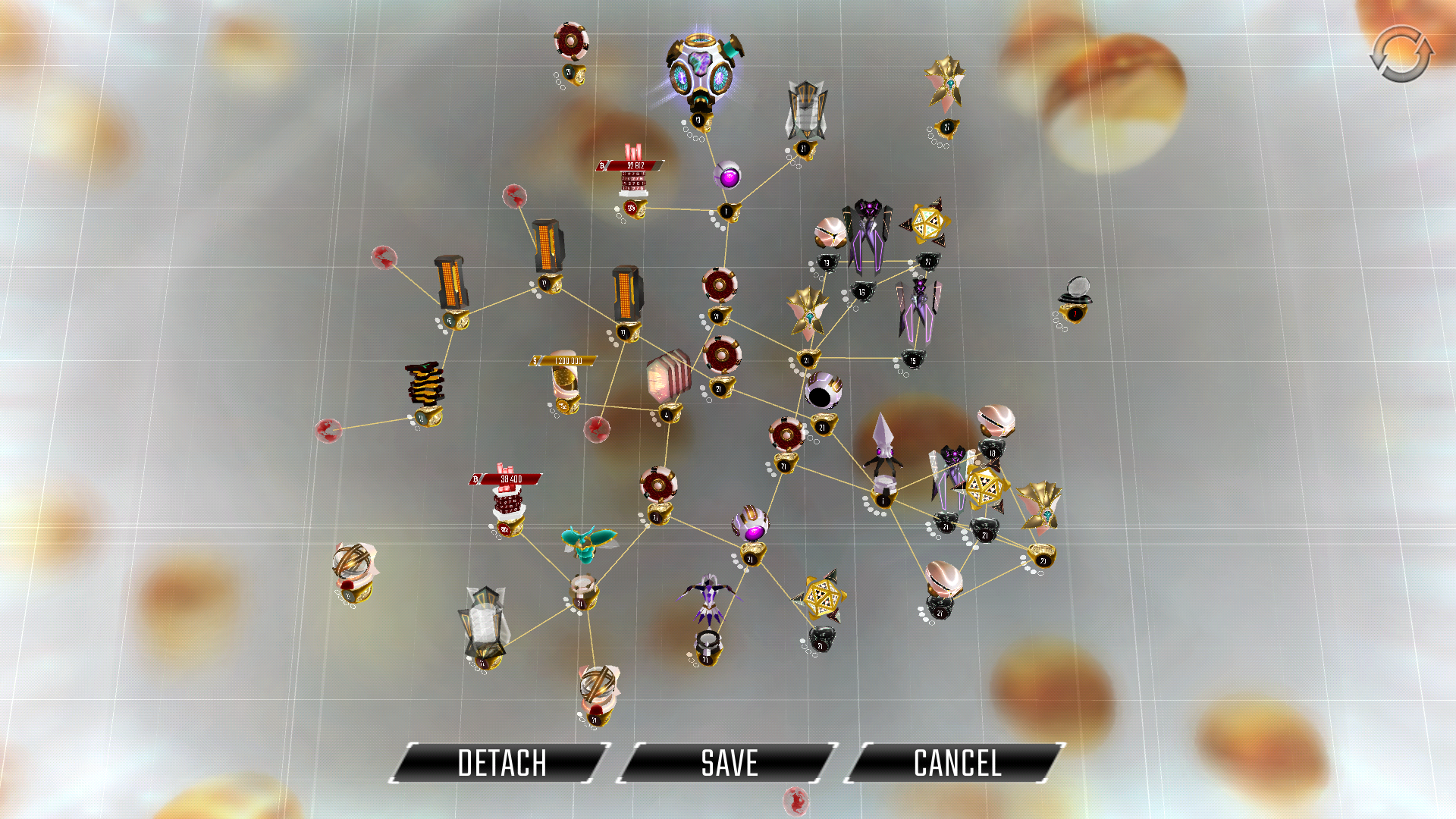 Alternatively you could leave the compiler where it appears in the previous variations, and attach the Server Farm to it. It's always good to have the resources be the last thing they capture. 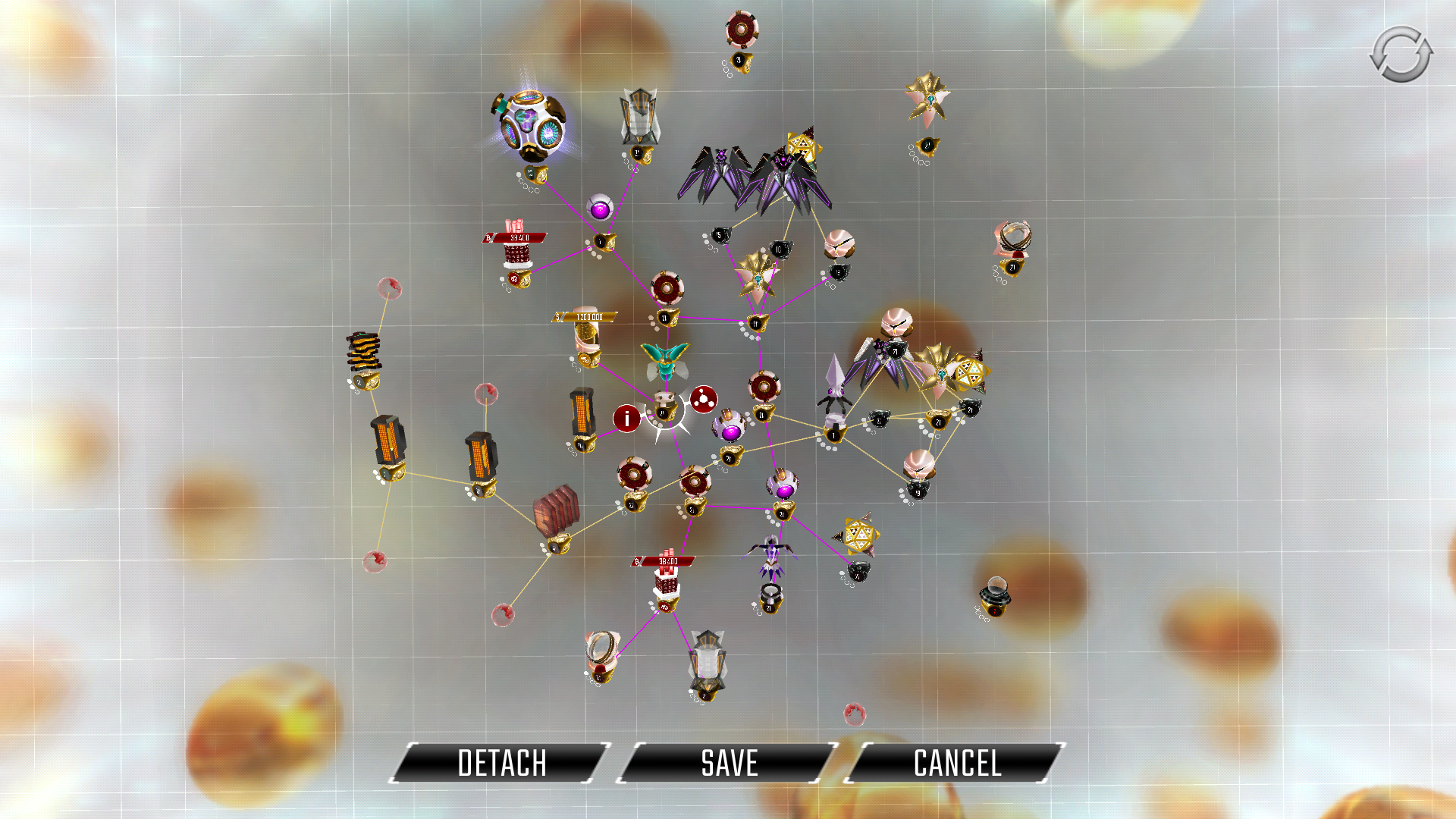 Pro - Can regenerate the firewall of more nodes.
Con - Having to heal more nodes at a time means it will be less effective.
It all depends on whether they decide to take both sides at the same time or they focus on one side at a time.
I put the 3rd Library on the Beetle, but your Compiler would be better as you can attach it before the Farm, so that the compiler is attacked first. The Library would only have higher attack priority than the Farm if you upgraded it to level 20.

The reason the last Code Gates are linked via another node, is to help the high level Sentry spread to the other side. It can be cut off otherwise if the opponent reaches your second Code Gate before it gets a chance to spread. The level 1 Sentry can spread its AV much faster with 3 nodes uploading the AV to the Squid and after that it slows down again, but should be quick enough to let the AV spread out to the other nodes, which will then be overwritten by the highest Sentry AV.

I could go on with different variations of the layout, but that should be sufficient options for you to choose from, depending on what your focus is. Want to protect your reputation? I recommend #7. Often deal with Krakens? I recommend #3. Want an in between? Use #2 then. Try whichever one of these variations works out best for your needs. These layouts are more dependent on you having two leveled Scanners, so better focus your building threads on getting those done first. Let me know how they work out for you and if you need an updated version whenever you upgrade your Core

Looking at the layouts how it does seem challenging(I'm not maxed so of course) But for a max players that may cause challenges when dealing with stealthers. Brute force. Taking out the gates arent a problem nor the scanner choke(assuming the squid is suppose to be a scanner) Just adding a ice walk shocker protector. Then shuriken blaster can be breakable. Getting past that if the gates are that high. Then it would be less of a worry due to the high firewall of gates. Again. Ice wall shocker shuriken if the gate is low leveled. Past that its not difficult to get through. Maybe the beginning would be a pain because of the hawk but otherwise not really. It just depejds on the player that attempts the hack. If they plan it right. Its a piece of cake. If the programs are not high enough. Then thats a sure disadvantage. Either way. Bases arent unhackable. They have weaknesses. The challenge is minimizing those weaknesses
Top
Post Reply
18 posts